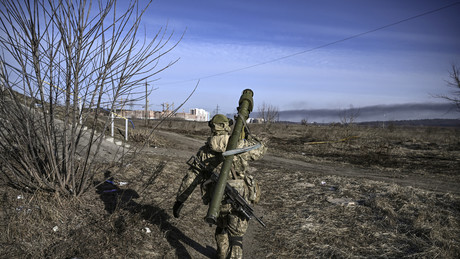 US intelligence has destroyed its own credibility by revealing its Ukraine policy: Using disinformation against an enemy is one thing. Passing it on to your own public and decision-makers, however, is a different caliber.

The US secret services have long claimed that integrity in the search for truth its central value. In March 1992 turned Robert Gates, then director of Central Intelligence, addressed the analysts of his subordinate organization and addressed the problem of the politicization of intelligence services in a text specially written and appropriately titled on the subject. Gates pointed out:

“Bourke Cockran [Anm.: ein für seine Redekunst bekannter irisch-US-amerikanischer Politiker und Redner-Coach für Winston Churchill] wrote to Winston Churchill in 1895: ‘What people really want to hear is the truth – that’s what’s exciting -: Speak the simple truth.’ Twenty years later Churchill himself wrote: ‘The truth is incontrovertible; Panic may hurt her; ignorance may mock them; Malice may destroy it, but it is there.’ ”

And Robert Gates therefore drew attention to it:

“The truth, as far as we [die CIA] identifying them is what our work is about. … And because we, as institutions, as professionals, and as individuals, are concerned with the quest for truth, the possibility—even the very notion—that that quest could be tainted by a stain troubles us deeply. It has been that way for a long time and that’s the way it should be.”

The “blemish” that Gates spoke of at the time was the politicization of the secret services. In paraphrasing this flaw, Gates noted:

“This includes the intentional distortion of analysis or inferred judgment made to favor a preferred way of thinking regardless of the evidence.”

According to that recent admission what are now proverbially “anonymous sources” to NBC News that the US government has released intelligence for sharing with its allies and the public in order to forestall and disrupt Russia’s plans to “undermine Moscow’s propaganda and prevent Russia from ruling , like the war [in der Ukraine] is perceived in the world”, US secret services seem at first sight to be able to safely avoid the pitfalls of politicization explained by Gates 30 years ago. After all, according to the unnamed officials, this process of public disclosure will take place

“underpinned by a rigorous review process by the National Security Council and the intelligence community to confirm the quality of the information and protect sources and methods.”

These unnamed, according to NBC, reiterated:

“We authorize the release of intelligence information only when we are satisfied that both of these requirements are met.”

But not so hasty. The same report from NBC News also states:

“Several US officials acknowledged that the US has weaponized information even when confidence in the accuracy of the [weiterzureichenden] information was not very large. Sometimes they used low-trust information.”

The purpose of using intelligence, which NBC News put it “wasn’t rock solid,” was to deter Russia from further action and to “off balance” Russian President Vladimir Putin.

So much for the above US intelligence commitment to “incontrovertible truth.”

It is now well knownthat Ukraine has powerful and extensive capacities to conduct an information war. Units such as the 72nd Information and Psychological Warfare Operations Center (IPSO) of the Ukrainian intelligence service SBU are conducting an elaborate propaganda campaign. This aims to reinforce perceptions of Ukrainian strength and determination while denigrating the ongoing Russian special military operation in Ukraine. In fact, the 72nd IPSO Center was viewed by Russia as such a major threat that the Russian military designated its headquarters as a target for immediate destruction from the very beginning of the conflict chose.

In addition, it has been reported that at least since the February 2014 coup in Ukraine known as the “Maidan Revolution,” US intelligence services have been in close contact with their Ukrainian intelligence and security counterparts recorded and maintained – a relationship that has only increased in scope and scope over the past eight years. Logic dictates that information and psychological warfare operations against Russia are an area of ​​mutual interest for the two states’ intelligence agencies — as does the US’s involvement in Ukraine following the outbreak of the current Russian-Ukrainian conflict on February 24, 2022 would support these efforts.

Sending declassified intelligence to Ukraine so that it can be “repackaged” and disseminated as anti-Russian propaganda is a perfectly legitimate use of intelligence from a US elite and methodological perspective. In addition, under certain conditions, US intelligence services may use entirely fake information in connection with covert political operations, with the aim of giving life and credence to a false narrative designed to undermine a particular enemy’s operations. Under no circumstances should such information be traced back to the USA under these conditions – and above all, this information must not be disseminated in such a way that even the political decision-makers in the USA themselves are no longer able to do so [über die Wahrheit] are in the picture.

Now, the admission by unnamed US security officials is that, in order to exert serious political pressure on the Russian leadership, the US also leaks low-quality (i.e., potentially false and misleading) intelligence – by shaping a public narrative that is shared by civilian recipients abroad, but domestically as well, should be accepted and believed. This, however, represents a massive departure from the usual imperatives of covert information warfare – in fact, it is the perfect example of deliberately distorting analysis or assessment for any purpose and regardless of the evidence. And so it is exactly what Robert Gates warned against in 1992:

“The impeccable integrity of our analyzes is the most important of the Central Intelligence Agency’s core values. Policymakers, Congress and the American people need to be assured that our views, right or wrong, are always the result of our best and most objective efforts to describe the threats and opportunities facing the United States. You need to be assured that our assessments are the product of the highest quality and most honest intelligence analysis available anywhere in the world.”

Gates also quoted Churchill’s dictum in defense of the truth at the time, for Churchill famously declared:

“In times of war, truth is so precious that it should always be accompanied by a bodyguard of lies.”

With this paraphrase, Churchill underscored the fact that truth is such a precious commodity in war that it must be guarded by deceit and subterfuge – lest it fall into the hands of the enemy.

Today, however, the US intelligence services have perverted this logic of theirs [ihre ohnehin bedenkliche Geheimdienst-Logik in noch perversere Kriegs-Logik]: They have eliminated every concept of real, actual truth and promoted and raised the “bodyguards of lies” to imitators of alleged truths – whereby they are no longer supposed to defend the truth, but are supposed to spread the lie itself as truth.

The US secret services have been walking on thin ice for quite some time – at least since they used politicized intelligence to provide a reason for the war – for example against Iraq in 2003. The most recent revelations, however, that the US secret services for Channeling US and global public opinion against Russia, even leaking “low-quality” information, fully aware that it could be false and misleading, could and should drive a stake through the heart of US — or at least US — credibility. get the American public and the world community to at least honestly ask themselves if they can ever again take US intelligence claims at face value.

Translated from the English

Scott Ritter is a former US Marines reconnaissance officer and author of “SCORPION KING: America’s Suicidal Embrace of Nuclear Weapons from FDR to Trump”. He served the US in the Soviet Union as inspector for the implementation of the provisions of the INF Treaty, during the Second Gulf War on the staff of General Norman Schwarzkopf and thereafter from 1991 to 1998 as Chief Weapons Inspector at the UN in Iraq Ritter currently writes on topics relating to international security, military affairs, Russia and the Middle East, and arms control and non-proliferation You can follow him on Twitter at @RealScottRitter follow.