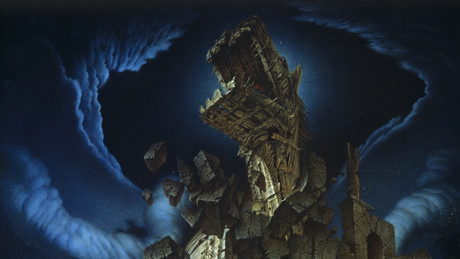 There is a reason why Warsaw’s reaction to Moscow’s Ukraine campaign was more drastic than that of the other western states: with the loss of Ukraine as its sphere of influence, Poland loses both its status in the EU and its importance for the United States, which pulls the strings.

A commentary by Gevorg Mirsayan

Poland is fighting for the title of the biggest enemy of Russia in Europe. And it has every chance of winning this fight, because Warsaw, furious with Moscow over the special operation in Ukraine, doesn’t look any further ahead than necessary to assuage its own resentment.

The competition for the status of the most anti-Russian government in the European Union continues in Eastern Europe. And despite a number of successes of worthy competitors (Slovakia, for example, sent S-300 anti-aircraft systems to Ukraine, which, however, have already been successfully destroyed by the Russian army near Dnepropetrovsk, and the Czech Republic passed a law providing for support for the Russian special operation in Ukraine punishes with prison sentences), Poland defends the status of the favorite with iron determination. The country’s prime minister Mateusz Morawiecki calls for an EU-wide complete import ban on Russia’s energy sources, has independently announced a separate one by Poland itself and has sharply criticized French President Emmanuel Macron simply because he wants to continue the dialogue with Vladimir Putin.

Then in Warsaw the tragedy of Smolensk 12 years ago was pulled out of those archives and dusted off: the crash of a plane with Polish President Lech Kaczynski and many other Polish politicians on board. The head of the committee investigating the crash, Antoni Macierewicz, canceled the committee’s report of July 29, 2011, saying that experts allegedly found traces of explosives on the wreckage of the plane during the investigation.

According to Mr. Macierewicz, this means that the plane was blown up. From the Russian secret services, of course, and the explosive charge was placed in the left wing, which, according to previous data, collided with a birch tree. (To the honor of the Polish people: This version does not seem to be very popular in the country, at least if you give the two authors this editorial in which Wyborcza believes. Note d. editorial)

However, the most recent, but certainly not the last, hostile act by Warsaw was the confiscation of Russian diplomatic property. Russian Ambassador to Poland Sergei Andreyev reported:

“This morning, bailiffs appeared at the object of our diplomatic property in Warsaw at 100 Sobieski Street and demanded that this object be transferred to the assets of the Polish state budget, represented by the Warsaw City Administration.”

City officials then cut the locks and entered the building, which Western media dubbed a “nest of Russian spies.” According to the Warsaw authorities, it will now become a reception center for Ukrainian refugees. “We have [Russland] “We took away the so-called nest of spies and want to hand it over to our Ukrainian guests,” commented Warsaw Mayor Rafal Trzaskowski. “I’m glad that we were able to show with such a symbolic step that Warsaw is helping its Ukrainian friends.”

The Russian diplomats were understandably not pleased about this unlawful display of symbolism.

Because if Mr. Trzaskowski wants to find a building for Ukrainian refugees, who, moreover, became refugees mainly because Polish elites played their part in the Maidan coup, he could have given them Warsaw’s own city hall as a sign of remorse.

“We have asked the Polish Ministry of Foreign Affairs to take comprehensive measures to restore the rule of law and return legitimate diplomatic property to the Russian side.”

And the Polish Ministry of Foreign Affairs also responded to this request. However, not in the way the Russian side had hoped:

“The Ministry of Foreign Affairs supports the relevant authorities and institutions that are taking measures to clarify the legal status of real estate illegally held by the Russian Federation on the territory of the Republic of Poland.”

Ironically, Poland’s foreign office wants to pretend that they know nothing about the Vienna Convention. They don’t know about it and don’t want to read it.

But since it has become fashionable in Moscow to react harshly (whether symmetrically or asymmetricly) to such provocations, Russia is bound to retaliate. Up to the expulsion of the ambassador. accomplished has Poland for it already more than enough.

The Ukraine as Poland’s sphere of influence has disappeared

Yes, one can understand the anger in Warsaw: Poland has been investing millions of dollars in Ukrainian “civil society” for almost 30 years. Warsaw trained and bribed the existing elite in Ukraine, and also created a new elite to represent Poland’s interests in Ukraine, which it saw as its exclusive zone of influence. The Polish rulers hoped that these investments in Ukraine, as well as similar investments in Belarus and the Baltic States to create a intermariums – a politically and economically contiguous space between the Baltic Sea and the Black Sea, which would be under Polish control.

This space should not have become just a wall between Russia and Europe, which the US, which has no interest in EU-Russia rapprochement, would pay handsomely to build. But it would also secure Poland’s role as one of the leading states in the EU. And now? Now all these investments have been in vain: Moscow, with its special military operation in Ukraine, is now seriously engaged in the transformation of the Ukrainian space, removing all the foundations of anti-Russia at the root and thereby also destroying Warsaw’s wet dreams.

“The special military operation is intended to put an end to the reckless expansion and reckless course towards total domination of the USA and, under its leadership, of the rest of the Western countries on the international arena.”

If this succeeds, the Western, that is, the European countries will break away from US dominance. Western Europe will then be able to stretch the shoulders of its sovereignty.

And in this respect, too, serious problems arise for Warsaw in the scenario that is now playing out. Many years ago, Poland emerged as the winner of the US casting for Washington’s best Trojan horse in Europe. Since then, the country’s government hired itself out to sabotage any attempt at European consolidation outside the transatlantic vector in exchange for US attention and money. If this role suddenly loses its topicality, Poland’s position in the EU will also drastically deteriorate.

Moreover, one should remember that anger should not be a motive for foreign policy decisions. But Poland’s leadership is now similar to that in Ukraine. She has the same – in other words, not too broad – planning horizon. Warsaw is here and now trying to score points with Russophobia, getting dividends from Washington for enforcing the stationing of new US Army units on Polish territory. US President Joe Biden has already announced a reinforcement of NATO’s eastern flank and is understandably willing to pay for such a deployment.

In the long term, however, Poland finds itself on the wrong side of history. Russia’s special military operation in Ukraine will sooner or later end in success. With the subsequent thaw in international relations, which will include the development of new, constructive rules of the game in Europe, it will become clear who put which heaps where and on whose property – and the perpetrator of each heap will be punished.

Gevorg Mirsayan is a political scientist, journalist and associate professor of political science at the Financial University of the Government of the Russian Federation.