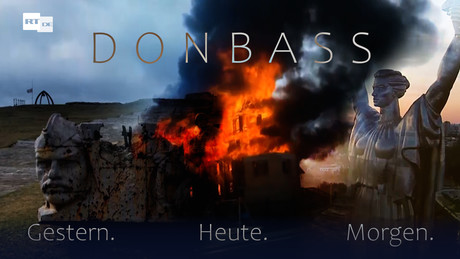 In 2014, an empire split Ukraine and led to a civil war in the east of the country – which continues to this day. There are numerous mass graves in the two People’s Republics of Lugansk and Donetsk. Here the mutilated corpses of Russians are found, some of whom were brutally murdered by Ukrainian punitive brigades.

It all began at the end of December 2013 with the visit of US foreign policy expert Victoria Nuland to the Maidan in Kyiv. This threatened Ukraine with the fate of Syria, Iraq, Afghanistan, Yugoslavia and Libya: a bloody seizure of power, destruction and war.

The revealing and rousing film documents the sometimes barbaric events in Ukraine in a good 50 minutes – whether the events on the Maidan, the attack on the trade union building in Odessa in 2014, in which 48 people were officially killed, the referendum in Donbass and the The civil war in the country initiated by the USA and the West, in which Slavs fight against Slavs. Numerous recordings and interviewees give an insight into the events.