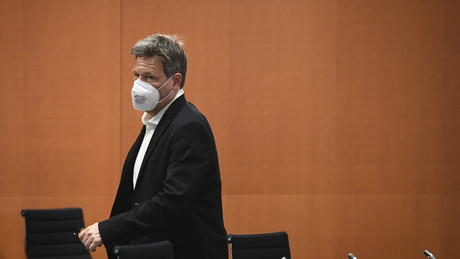 “In the North German Plain we are sitting on a large amount of gas that can only be reached with fracking. So you would have to destroy deep layers of rock with great pressure and chemical substances in order to extract the gas,” the Green politician told the Funke newspaper media group. “This is difficult under water law because it can have negative consequences for our environment. At the moment there are no companies who want that.”

In addition, it would “take years to pull up new funding and get the approval process right”. Habeck urgently warned against an import ban on Russian gas.

“An immediate gas embargo would endanger social peace in Germany.”

The economics minister recently agreed on a long-term energy partnership with Qatar, because – according to the reasoning – he wanted to make the German government less dependent on Russian gas. Qatar’s Energy Minister Saad al-Kaabi, however, said after meeting Habeck that he was less optimistic — particularly with regard to dependence on Russia. Reducing these could take years, because it takes time to plan alternatives.