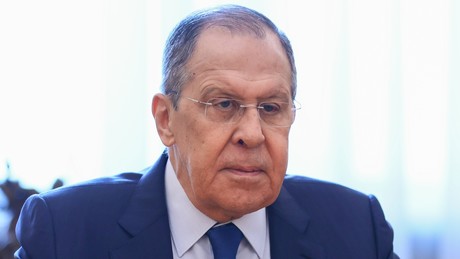 Russian Foreign Minister Sergei Lavrov has stated that the West is waging an all-out war against his country under the pretext of Ukraine. Washington and its allies would violate the rules of international law in order to assert their dominance on the international stage.

Russia’s chief diplomat Sergei Lavrov delivered a speech at the digital international relations conference in Moscow on Thursday. There he pointed out that the US and the West have been working to turn Ukraine into an anti-Russian state.

Today’s unconditional Western support for the regime in Kyiv is said to be the culmination of their anti-Moscow policies, which began with banning the Russian language, banning Russian media and killing independent Russian journalists in Ukraine. And continued with the flooding of Ukraine with deadly weapons and preparations for war in the Donbass region.

The Russian foreign minister added that Moscow has numerous documents proving that Ukraine is preparing to produce and use biological weapons. He stressed that the Russian special military operation in Ukraine is aimed at protecting the Donbass region and will inevitably achieve its goals.

Lavrov pointed out that the West’s hybrid war against Russia covers a wide range of areas, including information space. He explained that the West uses media and websites to fake, distort and spread hatred against Russia. The diplomat added that Russia is taking steps to strengthen the digital sovereignty of the government and the Russian state as a whole.

He pointed out that Russia is one of the leading countries in the digital sector and that the current crisis opens up additional development opportunities, as in any other field.

Returning to the topic of the conference, the Russian Foreign Minister added that his country is open to cooperation in all areas, including digital and cyber security. In addition, the country will always work to combat cybercrime and create a unified global system for controlling the information space.