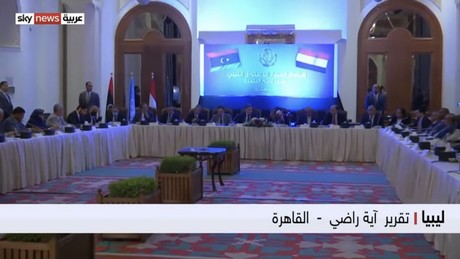 Representatives of Libya’s two rival leaders began talks in Egypt on Wednesday to reach an agreement on holding national elections. Delegates from the Eastern Parliament and the Tripoli-based High Council of State nominated 12 members from each chamber to take part in the talks.

Representatives of rival governments in Libya met in the Egyptian capital on Wednesday to resume talks on controversial rules for the presidential elections. The talks, brokered by the United Nations, came after the Libyan House of Representatives in the east of the country ousted the head of the transitional government, Abdel Hamid Dbeiba, by electing another politician, Fathi Baschagha, as prime minister.

The parliamentarians in the east justified their step by saying that the mandate of Prime Minister Dbaiba, who was installed in February last year through the mediation of the United Nations, expired with the elections that failed in December. Dbaiba himself has not yet confirmed this. The country now appears to be falling back into civil war with the election of a second prime minister.

Twelve members of the Libyan Parliament based in the eastern city of Tobruk and twelve members of the High Council of State based in the capital Tripoli in western Libya took part in the negotiations in Cairo. The UN special adviser on Libya, Stephanie Williams, said the meeting in Cairo would end next Wednesday, hopefully with an agreement on a “solid constitutional basis and roadmap for elections in Libya”.

A new constitution could counter such a stalemate in Libya. A prerequisite for participation in the process of constitution-making, however, is a victory in the coming elections. That is why the political opponents are now trying to define the electoral laws in such a way that they themselves have the best chance of winning.

There are currently concerns in Libya that the sharp rise in wheat prices caused by the war in Ukraine will have unforeseeable effects on the Libyan population. After Muammar al-Gaddafi was overthrown by a NATO intervention in 2011, Libya has been the scene of numerous proxy conflicts in recent years, including those involving Egypt, Russia, Turkey and the United Arab Emirates, as well as other western countries.

More on the subject – A country with two prime ministers: Libya threatens to slide back into chaos