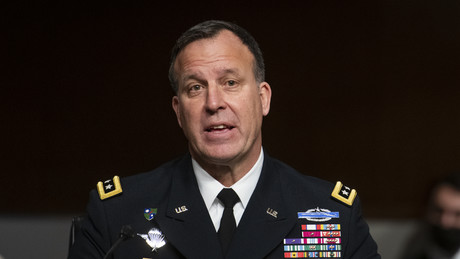 The general in charge of the US central command, which covers the Middle East, among other things, met with the commander of the Syrian-Kurdish militia SDF and assured him of Washington’s assistance.

The new commander of the US Central Command (CENTCOM), Lieutenant General Michael Kurilla, has reaffirmed the will of the United States to give more support to the Kurdish-Syrian militia SDF (“Syrian Democratic Forces”). This was reported by the Iraqi-Kurdish news agency Rudaw, citing a press release from the SDF. Kurilla explained this in a conversation with the supreme commander of the SDF Mazlum Abdi on Wednesday.

The SDF said that Abdi and Kurilla discussed the seriousness of the remaining threat from the so-called Islamic State and attempts by the terrorist organization to regain a foothold in southeastern Syria. It goes on to say:

“General Kurilla pledged to provide more support to the prisons and camps where ISIS prisoners and their families are being held and to continue the fight against ISIS by keeping (the US) in Syria.”

The US general also underlined the importance of ensuring security and stability in northern Syria in order to prevent IS from reviving. The remaining terrorist cells of the IS must be smashed.

The Kurdish commander tweeted that he was honored to host Kurilla, adding that the two militaries had discussed common issues, including regional stability and security and joint operations against ISIS. The talks were “extensive and fruitful”. The new CENTCOM leadership has reaffirmed its will to ensure stability and security in north-eastern Syria.

Kurilla assumed his position on April 1 after US President Joe Biden nominated him. At a February hearing before the US Senate Armed Forces Committee, the general said the following about the US’s Kurdish “partners”:

As early as mid-March, there was a top meeting between representatives of the SDF and the United States, at which, as the US State Department announced, both sides discussed “regional stability, internal Kurdish relations, the economic situation and the ongoing fight against IS”. had.

At the end of January, the IS attacked a prison in al-Hasakah to free suspected IS fighters detained there. After the liberation attempt, violent fighting broke out between the Kurdish militia and the jihadists for several days.