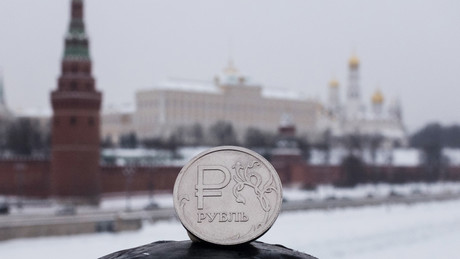 Moscow will continue to expand the use of its currency in its energy exports. This was pointed out by the Kremlin spokesman on Friday. However, it is still too early to talk about deadlines and details of the expansion of the measure.

Russia plans to increase the use of the ruble in energy exports. So far, however, no deadlines have been set for the conversion of payments. This was announced by the press secretary of Russian President Dmitry Peskov on Friday. He told reporters:

“The President has established a methodical and phased approach to expanding the use of national currencies.”

The statement came after Russian President Vladimir Putin announced in late March that Russia would only accept payments for gas exports in rubles from countries the Kremlin deems “hostile” due to their sanctions policies.

Putin instructed the government to take the necessary steps to convert all payments for gas sales to Russian currency from April 1. According to the Kremlin, the changeover affects countries that have introduced sanctions against Russia with the intention of damaging the country’s economy. These states also include most EU member states.

However, according to Peskov, it is still too early to talk about deadlines and details of the expansion of the measure.