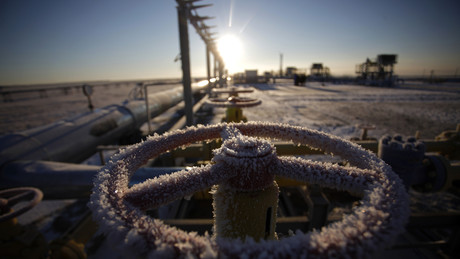 In a magazine article, Russia’s deputy prime minister warns of sanctions-related increases in energy prices and calls for Russian interests to be taken into account. Oil and gas from Russia can hardly be replaced in the next five to ten years.

There is no foreseeable replacement for Russian gas and oil on the world market within the next five to ten years. This is what Russia’s Deputy Prime Minister Alexander Novak claimed in an article published in the Russian-language journal Energeticheskaja politika (Energy Policy) on Friday.

Nowak pointed to record price increases for oil and gas and attributed them to anti-Russian sanctions. “In the current situation, not even actions, but rather announcements about a supply freeze for Russian energy sources lead to sudden price increases on the world market. However, if the world is not confronted with hypothetical, but with large-scale physical restrictions, fuel prices can significantly exceed historical maximums that have already been reached,” said the Russian Deputy Prime Minister. The negative consequences primarily affect those countries that initiated sanctions.

In his analysis of the European energy market, Nowak admitted that an increase in LNG deliveries from the USA is to be expected. Nevertheless, the infrastructure for this is insufficiently developed. In addition, the volume of gas supplied by Russia is ten times greater than that of US liquefied gas.

Nowak called Russia’s recent demand to pay for gas deliveries in rubles in the future logically and objectively based on the desire to “receive payment for delivered goods with a 100 percent guarantee.” But buyers would not suffer any disadvantages as a result: “The conditions for buyers remain extremely comfortable. Some buyers have already agreed to pay for the gas in rubles, and we are now waiting for the decisions of the remaining importers.”