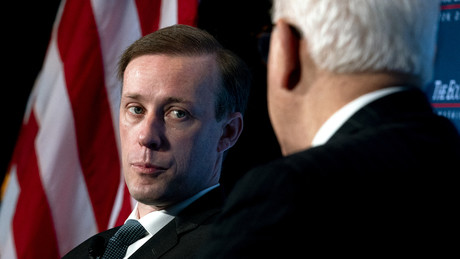 Washington’s National Security Advisor has announced that the US would take “any step” to prevent a Chinese invasion of Taiwan. He stressed that the situation surrounding Ukraine is not the same as that concerning Taiwan.

The United States will take “every step” to ensure China will never invade Taiwan. This was announced by White House National Security Advisor Jake Sullivan on Thursday.

Speaking at the Economic Club conference in Washington, Sullivan indicated that Beijing was “carefully looking” at events in Ukraine following the start of the Russian military offensive in February “to learn lessons, including with regard to Taiwan.”

Sullivan stressed that “the situation with Ukraine and the situation with Taiwan are not the same”. However, he underscored that US officials had been telling their allies and partners in recent weeks that “something like this could happen in Europe, but also in the Indo-Pacific region”. The White House National Security Advisor pointed out:

“And it’s up to the responsible countries of the world to send a clear message that any kind of aggression is unacceptable, no matter where it takes place.”

When asked how the US government would act in the event of a Chinese invasion of Taiwan, Sullivan replied:

“Our official government policy is that we will take every step possible to ensure this never happens.”

Taiwan has been de facto independent of mainland China since 1949, although China has always considered the island part of its territory and a breakaway province.

Chinese President Xi Jinping had previously stressed that China would not hesitate to use force against Taiwan should the island of 25 million try to sever ties with Beijing. However, the Chinese authorities still seem to prefer a peaceful solution.

Although the US has recognized Beijing as the sole legitimate authority in China since 1979, it has maintained close unofficial ties with the island and provided it with military support. Later this week, a delegation of US lawmakers visited Taipei, much to Beijing’s chagrin.

More on the subject – Western sanctions are working: the Russian economy is increasingly geared towards trade with China