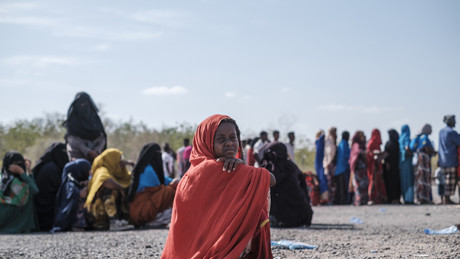 The lives of black and white people are not treated equally, according to the director-general of the World Health Organization. Humanitarian crises in Africa and Asia receive “not even a fraction” of the attention that Ukraine is currently receiving.

On April 13, Tedros Adhanom Ghebreyesus, Director-General of the World Health Organization (WHO), held a virtual press conference. In it he spoke, among other things, of the humanitarian crisis in Ukraine in connection with the Russian military operation and called for a diplomatic solution to the conflict.

At the same time, Tedros expressed his disappointment that conflicts and humanitarian crises in Asia and Africa – including in his native Ethiopia – receive far less international attention than current events in Ukraine.

“I don’t know if the world really cares about white and black lives equally,” noted the WHO Director-General. “All the attention to Ukraine is of course important because it affects the whole world, but not even a fraction of it is given to Tigray, Yemen, Afghanistan, Syria or others, not even a fraction,” he lamented, emphasizing:

And I have to be honest: the world doesn’t treat human races equally. Some are more equal than others. And when I say it, it hurts me because I see it. It’s hard to accept, but it’s actually happening.

The Russian military operation in Ukraine has been making headlines around the world for almost two months. The USA, the EU and their allies took it as an opportunity to impose ever tougher sanctions on Russia and to organize arms deliveries to the Kiev government. Numerous international companies from Apple to McDonalds have ceased operations in Russia.

Meanwhile, despite a ceasefire, Ethiopia’s breakaway region of Tigray is still under a de facto blockade by Ethiopian and Eritrean forces, Tedros noted. People are “burned alive” simply because of their ethnicity, hundreds of thousands are at risk of starvation, while only one percent of the needed relief supplies are being delivered.

The violent conflict in the northern Ethiopian region of Tigray began between the Ethiopian central government on the one hand and the People’s Liberation Front of Tigray (TPLF) on the other hand in November 2020. It also spread to the neighboring regions of Afar and Amhara and claimed up to one, according to estimates by Belgian professor Jan Nyssen half a million fatalities.

According to Tedros, this crisis has so far been largely ignored by the international community, but he nonetheless expressed hope that the world is “coming to its senses”. The WHO Director-General emphasized:

It is not the first time that the Director-General of the World Health Organization has sounded the alarm about global inequality. At the height of the COVID-19 pandemic last year, he accused rich countries of hoarding vaccines, not only acting unfairly, but also disrupting the fight against the pandemic.

More on the subject – UNICEF sounds the alarm: Majority of young children in developing countries are malnourished