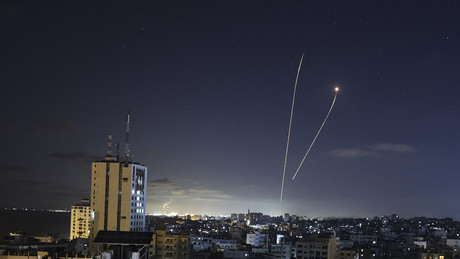 According to Israel, it has successfully tested a laser system for missile defense. The Ministry of Defense announced on Thursday that during a series of exercises with the so-called “Iron Beam” drones and rockets as well as mortar shells were intercepted. Israeli Defense Minister Benny Gantz later said in a statement: “Today, for the first time, an Israeli-made high-power laser system has successfully intercepted multiple targets, marking a global breakthrough.” The aim is to develop a powerful laser system that will complement the “Iron Dome” anti-missile shield.

“The laser is a game changer given its easy-to-use system and significant economic benefits,” said Brigadier General Yaniv Rotem of the Israel Defense Ministry’s Directorate of Defense Research and Development. Using a laser system is a “game changer,” he added.

In a video released by Israeli Prime Minister Naftali Bennett, the laser-based system can be seen intercepting a missile, mortar and drone at an undisclosed location in the Negev desert in southern Israel.

Israel has successfully tested the new “Iron Beam” laser interception system.This is the world’s first energy-based weapons system that uses a laser to shoot down incoming UAVs, rockets & mortars at a cost of $3.50 per shot.It may sound like science fiction, but it’s real. pic.twitter.com/nRXFoYTjIU

The ministry has been testing the laser-based defense system for several years and shot down a drone with it last year. That project was driven by concerns that the military would not have enough Iron Dome interceptor missiles and other air defense systems to shoot down incoming rockets, missiles and drones in a future conflict, according to the Time of Israel. The Israeli defense minister recently approved a budget worth millions for the development of the laser system.

According to the Department of Defense, as long as there is a constant source of energy for the laser, there is no risk that the ammunition will ever run out. The disadvantage of a laser system, however, is that it does not work well in low visibility conditions, including heavy cloud cover or other inclement weather. For this reason, the ministry intends to mount the system on aircraft as well. This would help get around that restriction, although it will take a few more years, ministry officials said.