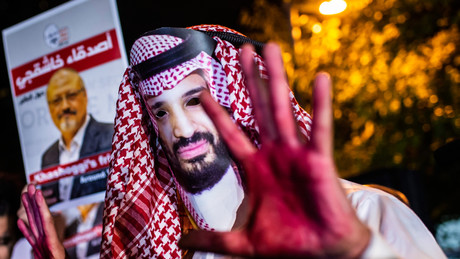 The Israeli ambassador to the United States is asking President Biden to improve US relations with Saudi Arabia again. On the other hand, some members of the House of Representatives are calling on Foreign Minister Blinken to reassess relations in view of the problematic Saudi course in domestic and foreign policy.

Israeli Ambassador to the US Michael Herzog said it would be “very important for our region” if the US and Saudi Arabia improved relations again. Before taking office, US President Joe Biden had described Saudi Arabia as a “pariah state” and announced that he would hold the kingdom accountable for human rights violations such as the murder of Saudi journalist Jamal Khashoggi.

The Saudis recently turned down a US request to increase oil production. Instead, they chose to stick to a production pact with Russia. The Israeli government is concerned that rising tensions between the Biden administration and Saudi Arabia are pushing the Saudis into the arms of Russia and China. This power shift comes at a time when the US is gradually withdrawing from the Middle East, while Iran continues to expand its influence in the region with a possible signing of a new nuclear deal in Vienna.

Israel and Saudi Arabia have maintained a secret relationship for many years, conducted through their intelligence agencies. One of their most important common interests is fighting Iran. “Saudi Arabia is a hugely important player in our part of the world and in the Islamic world as a whole,” Herzog said. “Strategically, and I do not ignore all difficulties, I consider it very important for our region that relations improve,” added the Israeli ambassador.

Herzog said improving ties with Riyadh is particularly important if the US plans to restore the nuclear deal with Iran — which Israel and Saudi Arabia reject.

Herzog also said Israel hopes Saudi Arabia will join other Gulf states in expanding the Abraham Accords and normalizing ties with Israel. However, this step will be difficult if the US and Saudi Arabia have not restored ties first. The ambassador did not answer the question of axios whether he personally lobbied US officials on the matter.

On the other hand demanded 30 US politicians from the Democratic Party and members of the House of Representatives – including Representatives Gregory Meeks and Adam Schiff, respectively chairs of the Foreign Affairs and Intelligence Committees – told US Secretary of State Antony Blinken on Wednesday about US relations with Saudi Arabia to reevaluate.

“Our continued and unreserved support for the Saudi monarchy, which systematically and ruthlessly represses its own citizens, targets critics around the world, wages a brutal war in Yemen and strengthens authoritarian regimes across the Middle East and North Africa, serves national interests of the United States and damages the credibility of the United States to uphold our values.”

Israel at the time declined to criticize Crown Prince Mohammed bin Salman for the assassination of Khashoggi under then Prime Minister Benjamin Netanyahu and lobbied the Trump administration and Congress not to sanction the Saudis.