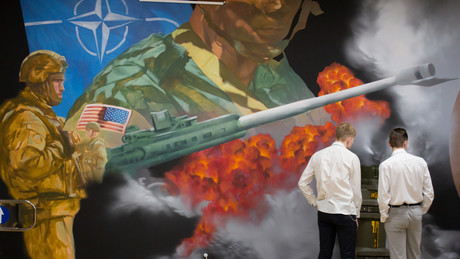 According to media reports, Moscow has sent a diplomatic note to the US State Department regarding Western arms sales to Ukraine. Among other things, the West is allegedly accused of violating strict principles governing the transfer of arms to conflict zones.

Russia reportedly sent an official diplomatic note to the US this week warning that further arming of Ukraine by Washington and its allies could lead to “unpredictable consequences”. The Washington Post reported on Friday.

The paper says it has a copy of the letter sent at the time US President Joe Biden approved an $800 million military aid package that would significantly expand arms sales to Kyiv.

As the total amount of US military aid to Ukraine as of February 24 exceeds $2.5 billion, the diplomatic note was sent Tuesday, April 12, from the Russian Embassy in Washington to the US forwarded to the Ministry of Foreign Affairs. It was entitled “On Russia’s Concerns Regarding the Massive Deliveries of Arms and Military Equipment to the Kiev Regime”.

The Washington Post claims that in the letter, Russia describes “multiple missile launch systems” as “extremely sensitive.” Moscow accuses the US and its NATO allies of violating “strict principles” for arms transfers to conflict zones and of failing to recognize the “risk of high-precision weapons falling into the hands of radical nationalists, extremists and bandit forces in Ukraine.”

The letter also accused NATO of pressuring Kyiv to break off talks with Russia “in order to continue the bloodshed.” Washington is also accused of forcing other countries to stop military and technical cooperation with Russia. And nations with Soviet-era weapons would be encouraged to supply them to Ukraine. The newspaper quotes the document as follows:

“We call on the United States and its allies to stop the irresponsible militarization of Ukraine, which has unpredictable consequences for regional and international security.”

Neither the Russian Embassy nor the US State Department have commented on the letter or its contents, and neither side has issued an official statement.

More on the subject – Russia: “NATO arms convoys in Ukraine are legitimate targets”