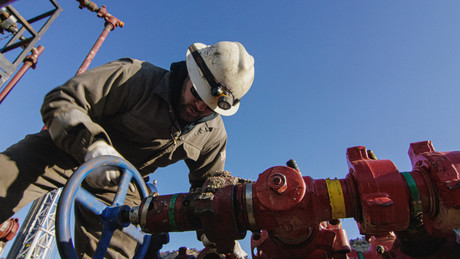 In a joint statement, the employers’ association and the DGB speak out against a gas embargo against Russia. In it, they also highlight possible consequences: “Production losses, production downtime, further deindustrialization and sustained job losses”.

Employers and trade unions have jointly warned against a ban on imports of Russian gas to Germany. Sanctions must be targeted, put pressure on the other side and prevent damage to your own economy as far as possible, said the chairman of the employers’ association BDA, Rainer Dulger, and the chairman of the German Trade Union Confederation (DGB), Reiner Hoffmann, the dpa in a joint statement. They emphasized: “We don’t see that in the gas embargo currently being discussed.”

According to Dulger and Hoffmann, the negative effects on the economy and employment would currently be greater in Germany than in Russia:

In order to continue to support Ukraine and keep up the pressure on Russia, you need a stable economy and a stable labor market, according to the DGB and BDA:

“We’ll still have a lot of challenges to overcome in the next few months. We can’t do that from a position of weakness.”

Because of the Russian invasion of Ukraine, the EU has now decided to stop imports of Russian coal and imposed further unprecedented sanctions. There is also constant discussion about an immediate exit from Russian gas or oil. Germany and other countries have so far shied away from this for fear of economic damage. The chemical industry, for example, had pointed to its large consumption of oil and gas and warned of the massive consequences for the country’s value chains if there were longer plant failures. About 95 percent of all industrial products require chemical products.

“An immediate gas embargo would endanger social peace in Germany.”

You have to act prudently, prepare steps carefully and be able to persevere if you want to harm Russia. According to data from the Federal Institute for Geosciences and Natural Resources, Germany received more than 50 percent of its natural gas requirements from Russia in 2021.