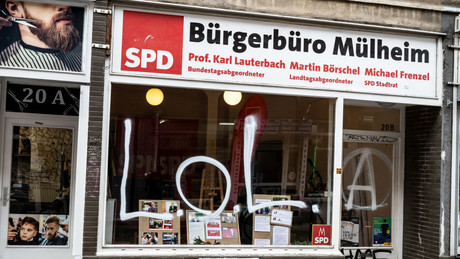 Health Minister Karl Lauterbach has been criticized for announcing a corona “killer virus”. Most experts see no reason for this. The seven-day incidence dropped to around 800 over Easter weekend while the pandemic largely faded from public focus.

Federal Minister of Health Karl Lauterbach (SPD) has drawn criticism with warnings about a possible “killer variant” of the corona virus. The term is unscientific and leads to nothing but uncertainty among the population, said the virologist Jonas Schmidt-Chanasit of the picture. Other experts, patient advocates and politicians were also critical.

Lauterbach had expressed concern in the Bild am Sonntag (BamS) about various omicron subvariants that were just developing. Among other things, he told the BamS:

“It’s entirely possible that we could get a highly contagious omicron variant that’s as deadly as Delta. That would be an absolute killer variant.”

In his opinion, the obligation to wear masks indoors, which has now been largely abolished, could also be reintroduced in autumn. Due to increasing numbers and probable new mutations, the Infection Protection Act will have to be revised again by then. It could then be necessary again to make wearing a mask indoors compulsory, said Lauterbach.

According to the currently applicable Infection Protection Act, mask requirements are only possible in a few areas such as medical practices or public transport. In order to be able to order further measures, the federal states must declare regions as hotspots by state parliament resolution. According to the law, this hotspot rule and the mask requirement in surgeries, buses and trains can only be applied until September 23rd.

Schmidt-Chanasit currently sees little evidence of a danger as described by Lauterbach:

“According to the World Health Organization (WHO), the appearance of a ‘killer variant’ in autumn is a very unlikely scenario,” said the expert.

The broad basic immunization in the population through vaccination and infection also speaks against this, “because immunity is not only based on neutralizing antibodies, but also on cellular immunity”.

“You can’t predict the development of variants, so instead of warning about scenarios like ‘killer variants’, it would be important to prepare for autumn and winter,” he said.

“With all appreciation for Karl Lauterbach’s expertise and my full solidarity because of all the unspeakable hostility towards his person, I consider vague forecasts about the ‘possibility’ of an ‘absolute killer variant’ to be created as really unhelpful.”

With all due respect for the expertise of @Karl_Lauterbach and my full solidarity because of all the unspeakable hostilities against his person, I consider vague predictions about the “possibility” of the emergence of an “absolute killer variant” to be really unhelpful.

“Killer variant is a promising candidate for the nonsense of the year.”

“He should have learned from his mistakes and misjudgments.”

The head of the German Foundation for Patient Protection, Eugen Brysch, told the German Press Agency that fear is a bad advisor. He therefore warned Lauterbach:

“That’s why the Federal Minister of Health should refrain from making apocalyptic prophecies. That doesn’t mean going into the Corona autumn unprepared.”

The Robert Koch Institute (RKI) gave the number of daily positive tests for an alleged corona infection on Easter Monday at 20,482. A week ago it was 30,789. The nationwide seven-day incidence dropped to 808.8, from 834.3 the day before and 1,080 the week before.

It should be noted that individual countries do not report data on every day of the week. Fewer reports are also to be expected on public holidays, which in turn can lead to late reports on the following days. Experts also assume a high number of unrecorded cases, partly because not all infected people have a PCR test done. Only these count in the statistics.

The head of the Berlin-Neukölln health department, Nicolai Savaskan, told the daily newspaper Die Welt about the falling numbers:

“In addition to the seasonal effect, the most important reason is that rapid test results are not included in the official statistics of the Robert Koch Institute. Here in Neukölln, they currently account for 30 percent of all reported cases. The RKI’s corona incidence is therefore in truth a third higher.”