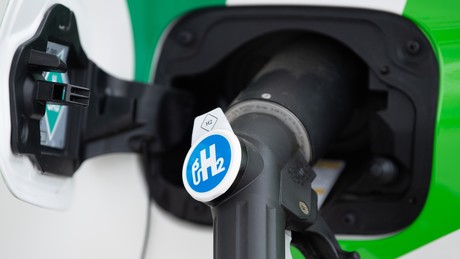 For a long time, hydrogen technology was considered too expensive and unprofitable. But necessity is known to be the mother of invention. The war in Ukraine, of all things, could now help Germany to play a leading role in environmentally friendly technology.

Germany is further expanding its innovation location for hydrogen-based drives. It was only recently announced that the car manufacturer Volkswagen, in cooperation with the company Kraftwerk TUBES GmbH patent registered for a special fuel cell. This should make it possible to drive almost 2,000 kilometers with just one tank filling. An innovation that other car manufacturers have so far failed to achieve.

“The main difference to the fuel cells from Hyundai and Toyota is that we use a ceramic membrane instead of the usual plastic membrane. That’s a huge difference. We are the only manufacturer of this technology that produces the ceramic membrane in such a way that the fuel cell can be started quickly.” , explained Sascha Kühn, Managing Director of Kraftwerk TUBES GmbH, to the Handelsblatt.

This special feature brings with it financial advantages in particular, which would make hydrogen technology, which was still quite expensive up to now, more lucrative for consumers in the future:

“The great advantage of our solution is that it can be produced much more cheaply than polymer fuel cells and does not require any platinum at all.”

According to Kühn, it is the precious metal that drives up the costs of conventional fuel cells.

The fuel cell developed in cooperation with VW should also set new standards in terms of range. “We can travel up to 2,000 kilometers with one tankful,” enthused the power plant boss. In addition, when using the fuel cell, waste heat would be produced at a temperature of around 400 degrees Celsius, with which a heat exchanger “can be used to operate both heating and air conditioning without additional electricity being consumed.” An environmentally friendly complete solution that will produce almost no CO2 when it goes into series production in 2026.

Both leading industrialists in Germany and the federal government have recognized this trend and have actively started to promote the expansion of hydrogen filling stations. According to this, the number of 101 hydrogen filling stations in Germany today should increase significantly by 2030. Although Germany already has Europe’s largest and densest tank network for the new technology, this is not yet sufficient to finally decarbonize the logistics sector.

The hydrogen market leader H2 Mobility gave only recently knowntthat he wants to triple the number of his hydrogen filling stations by 2030. According to the company, which operates more than 90 of the 101 hydrogen filling stations in Germany, it has received funding of 110 million euros for this. With the expansion of the tank network, the basis for carbon-free private and commercial traffic in Germany should be laid.

With the further expansion of the network, the company intends to concentrate on several highly frequented traffic corridors in the future, according to the press release from H2 Mobility. The new locations are to be developed in cooperation with major customers, authorities and fleet operators.

According to Federal Transport Minister Volker Wissing (FDP), Germany is a pioneer in hydrogen technology. “Thanks to the excellent interaction of private sector commitment and state funding, Germany today has an internationally recognized pioneering role and has the largest hydrogen filling station network in the world,” Wissing explained at an event organized by H2 Mobility. And he added:

“We don’t want to rest on our laurels, but rather continue to drive forward the development of hydrogen filling stations together. Our efforts are primarily aimed at commercial vehicles and the electrification of heavy-duty transport, where we still see great potential for climate protection.”

In the implementation of the major project, the government and industry want to rely less on conventional fossil hydrogen in the future. Rather, the so-called new “green hydrogen” should come into play. For this purpose, the federal government has decided on a “national hydrogen strategy” that is intended to “make green hydrogen marketable and enable its industrial production, transportability and usability”, according to the associated Campaign Website of the Federal Ministry of Education and Research.

Because hydrogen from renewable energies has so far been more than twice as expensive as hydrogen from fossil natural gas, experts only expected a breakthrough for the future technology in five to ten years. However, since the gas price rose to a new record level in the wake of the war in Ukraine, the prices for sustainable hydrogen have been falling much faster than expected. According to an old German proverb, necessity is the mother of invention. But this could now significantly accelerate the ramp-up of the hydrogen economy.

“The change is already there. Wherever the production of green electricity is cheap, for example with hydropower in Scandinavia or with a lot of wind and sun in Namibia, Power-to-X products such as green ammonia are already cheaper than the fossil alternative,” explained the hydrogen expert Michael Sterner from the TU Regensburg to the Handelsblatt.

According to financial analysts at Bloomberg, green hydrogen is already cheaper than fossil hydrogen from natural gas in parts of Europe, the Middle East and Africa. This development would be primarily due to the price of gas, which had already risen drastically last year. The outbreak of the Ukraine war had pushed it up again significantly in the past few months. “All of a sudden it can be more economical for the industry to use green hydrogen than gray. This development would otherwise have taken years,” said Sunfire’s managing director, Nils Aldag, to the Handelsblatt.

“Germany is a global leader in the field of technology exports,” according to the Federal Ministry of Education and Research. And it goes on to write: