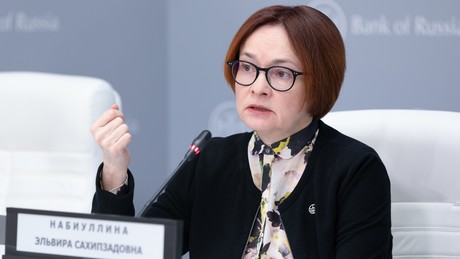 On Monday, the head of Russia’s central bank commented on the consequences of western sanctions. According to her, a difficult period of structural change is beginning for the country’s economy. At the same time, the Russian banking system is “steady on its feet.”

The Russian economy is entering a difficult period of structural changes due to sanctions, the head of Russia’s central bank warned. Above all, the sanctions hit the financial market, and now they are increasingly hitting the Russian economy, said Elwira Nabiullina on Monday. According to her, the main difficulties are related to import and logistics restrictions, as well as export restrictions.

According to Nabiullina, the country’s economy can temporarily live on reserves, but these are not unlimited. Structural change and the search for new business models will begin in Russia in the second or third quarter of 2022. The central bank can currently manage about half of its gold and foreign exchange reserves, the official explained.

Despite this, the central bank will not cut inflation at any cost, as such measures would prevent companies from adapting to new conditions. You definitely have to get used to the adjustment period, she said. At the same time, the rise in inflation should not be uncontrollable. “We will pursue a monetary policy that brings inflation back to target within a reasonable, predictable timeframe, but not too abruptly,” Nabiullina said. Your authority assumes that the inflation target of 4 percent will be reached again in 2024.

In general, however, the market reacted more gently than expected to the new situation, emphasized Nabiullina. She added that Russia’s banking system is “steady on its feet and able to take a beating”.

Among other things, the authority announced a gradual lifting of the restrictions imposed in connection with the war in Ukraine. From April 18, Russian banks will again be able to sell foreign currencies in US dollars and euros to the population. The banks are only allowed to sell the cash that has entered their coffers since April 9th.