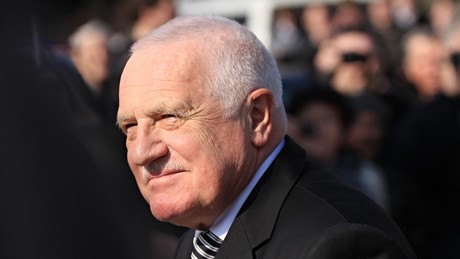 In the current military conflict in Ukraine, Russia and the West are the actual conflicting parties, says former Czech President Václav Klaus. He calls for more political pragmatism and serious peace talks.

Instead of delivering arms, the West should focus on solving the Ukraine crisis through diplomatic means. This was the request of former Czech President Václav Klaus in a comment published on Czech news portal iDNES on April 14. There Klaus wrote:

“The war in Ukraine has been going on for seven weeks. Various ‘experts’ predict it could go on for months if not years. I cannot accept these frivolous claims. People are dying.”

“Yet no serious peace talks are being held. On the contrary, instead of calls for such talks, we are hearing battle cries and reports of increased shipments of heavy weapons.”

Klaus, who represented his country as Prime Minister between 1992 and 1998 and as President between 2003 and 2013, expressed doubts about the usefulness of the Russian-Ukrainian negotiations. Not only Ukraine, but the entire West is involved in the conflict against Russia:

“Is it actually a Russian-Ukrainian conflict?”

“Aren’t we seeing a conflict between the West and Russia, in which Ukraine has become an unfortunate but convenient object?”

An instrumentalization of Ukraine for the conflict with Russia is also reflected in the opportunistic treatment of Ukraine’s citizens, the Czech ex-president continued. “In the past, Ukraine and Ukrainians did not arouse any sympathy from Europeans. Personally, I have to say that I have always been ashamed of how the Czechs treat Ukrainian legal and illegal migrants who work with us. But now everyone is literally sending theirs love for Ukraine and Ukrainians. Doesn’t this love serve as a mere pretext for hatred of Russia,” as a personally unknown lady wrote to me?”

The ex-president called for a solution to the Ukraine conflict to be approached pragmatically rather than emotionally. Postponing fighting in the hope of defeating Russia is dangerous and self-destructive for Europe.

“I’m sure that the West and Russia should meet at a negotiating table as soon as possible,” emphasized Klaus. He did not name a specific format for the talks, but considered the participation of the USA to be necessary and also suggested the participation of the EU and China. At the moment, however, all sides are pursuing “their own very different interests” and are showing no willingness to end the conflict, according to Klaus.

Meanwhile, Washington had pledged $800 million worth of arms to Ukraine. EU Commission President Ursula von der Leyen spoke out in favor of increased armament in Ukraine on Sunday and claimed that the war could last for months or even years.