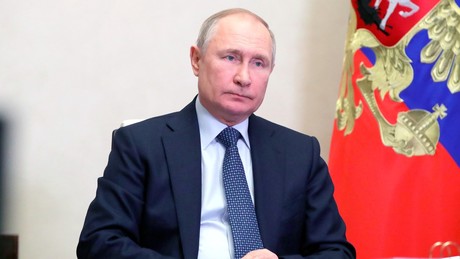 According to Western politicians, the West’s economic sanctions are intended to severely damage the Russian economy. Now Russian President Vladimir Putin has declared this strategy a failure. According to Putin, the situation in the country is stabilizing.

Western nations have failed in their attempts to destabilize the Russian economy through sanctions. This was stated by Russian President Vladimir Putin on Monday at a government meeting on economic issues.

“The situation is stabilizing, the ruble exchange rate has returned to the level of the first half of February and is supported by a strong balance of payments.”

Foreign currencies are returning to the country’s banking system and the amount of citizens’ deposits is increasing. After a brief rush for a range of goods, retail demand is back to normal. Stocks in retail chains recovered.

Overall, Putin noted that the West’s sanctions had failed to break the country’s economy.

“Western countries wanted to provoke panic in our markets, trigger a collapse of the banking system and create a pronounced shortage of goods in stores. But this policy has failed,” said the Russian President and put it in a nutshell:

“The economic blitzkrieg is stuck.”

Meanwhile, the sanctions on the countries that implemented them, particularly the US and the EU, have backfired, leading to a rise in both inflation and unemployment in those countries. A deterioration in living standards and a devaluation of citizens’ savings are also the result.

Putin acknowledged that the people of Russia are also feeling the effects of the sanctions, as prices in the country have risen by 9.4 percent in the past month and a half, while inflation in April climbed to 17.5 percent yoy. However, the Russian President noted that prices are now showing signs of stabilization. According to Putin, further measures to protect the population would be introduced.

“We must support our citizens, help them cope with the wave of inflation. In this regard, I want to remind you that we have decided to increase all social benefits, as well as pensions and salaries of citizens working in the public sector,” said the head of state.

According to Putin, the restrictions imposed on the country have negatively affected companies, made export and import logistics more difficult and created obstacles to payment transactions. The Russian President stated that in order to improve the general situation, Russia needs to speed up the transition to national currencies in foreign trade contracts.

“It is necessary to give entrepreneurs maximum support in solving these problems, including accelerating the transition of foreign trade to settlement in rubles or the national currencies of those countries that are reliable business partners.”

According to Putin, the long-term stability of the country’s financial system is currently the main task of the Russian government.

Russia is facing unprecedented sanctions from the US and its allies as a result of the military operation in Ukraine. In less than two months, Russia became the most sanctioned country on earth. According to Moscow, Russia is currently subject to more than 6,000 targeted restrictions – more than Iran, Venezuela, Myanmar and Cuba combined.