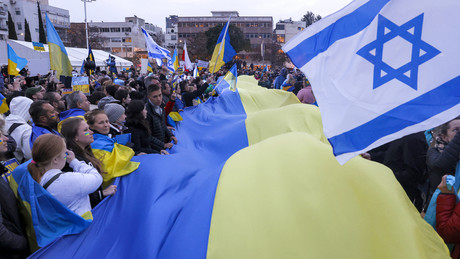 The longer the war in Ukraine drags on, the more difficult it becomes for the Israeli leadership, as the closest US ally in the Middle East, to adopt a neutral position. There are growing signs that the confrontation between Israel and Iran in Syria could also intensify, while Russia no longer appears willing to tolerate Israeli aggression against Syria’s territorial integrity.

Since the start of the open war in Ukraine, Israel has not wanted to upset the USA as its most important ally, but at the same time is dependent on Moscow’s goodwill for tactical reasons – especially in the smoldering conflicts in Syria and with Iran. However, the longer the war in Ukraine drags on, the more difficult it becomes for the Israeli leadership, as the US’s closest ally in the Middle East, to adopt a neutral position.

The UN recently passed a resolution suspending Russia’s membership of the UN Human Rights Council. Israel also voted in favor of this resolution. Tel Aviv had previously backed a condemnation of Russia for the open war in Ukraine at the UN General Assembly. Israeli Foreign Minister Jair Lapid accused the Kremlin leadership explicitly cited “war crimes” as the justification for suspending Russia’s membership of the UN Human Rights Council. “A large and powerful country has invaded a smaller neighbor without any justification. Once again the ground is soaked with the blood of innocent civilians,” Lapid commented on the Ukraine war. This testimony was one of the sharpest statements or accusations against Moscow by a senior Israeli official in recent memory.

The Ministry of Foreign Affairs in Moscow subsequently published a Explanation, describing Lapid’s comments as a poorly disguised attempt to “exploit the situation in Ukraine to divert the attention of the international community from one of the oldest unresolved conflicts, namely the Palestinian-Israeli conflict”. In reference to this, the Israeli Ambassador Alexander Ben-Zvi was also summoned to Moscow to explain Lapid’s statements, if possible.

Apart from assessing the course of the war in Ukraine, it is noteworthy that the Israeli leadership, dealing with the Palestinians themselves “crimes of apartheid“, now blames Russia for allegedly committed “war crimes” in Ukraine. In its latest report, Amnesty International stated that the Palestinians – whether they live in Gaza, East Jerusalem, the West Bank or the Israeli heartland – as “Inferior racial group” and as such “systematically” deprived of their rights.” Israel’s “cruel policies of segregation, dispossession and exclusion” in these areas clearly border – according to Amnesty International – on “apartheid”.

Russian President Vladimir Putin sent sent a letter to Israeli Prime Minister Naftali Bennett on Sunday, urging that Israel grant his country control of the Alexander Nevsky Church in Jerusalem’s Old City, as promised by the previous Israeli government. In 2020, Russia had arrested a young Israeli woman named Naama Issachar for possession of cannabis. In exchange for their release, then-Prime Minister Benjamin Netanyahu promised to recognize the Russian government as the owner of the Alexander Nevsky Church in Jerusalem. Now, given the Kremlin leadership’s growing frustration with Israel over the Ukraine war, President Putin is demanding that the Israeli government finally deliver on that promise. However, the transfer of ownership of the church grounds could pose significant diplomatic difficulties for Israel at a time when its western allies have been heavily sanctioning Russia over the Ukraine war.

In a further step, President Putin telephoned the President of the Palestinian Authority Mahmoud Abbas on Monday. Putin reiterated Russia’s firm position in support of the Palestinian people’s rights and affirmed his political support for the Palestinian cause in all international fora. According to the Palestinian News Agency Wafa In a phone call, Putin condemned recent Israeli practices of preventing believers from freely entering the al-Aqsa Mosque.

Tel Aviv’s refusal to participate in Western sanctions against Russia in the wake of the Ukraine war is said to have ensured Israel’s freedom of action in Syria. Israel has recently targeted “militia arsenals” in Syria in a bid to thwart suspected arms shipments to Hezbollah via Syria. However, due to increasing acts of aggression by Israel against Syria, it seems that Russia is beginning to lose patience. Russia recently asked Israel to stop airstrikes against Syria. After the last Israeli airstrikes in Syria on Friday night, Admiral Oleg Zhuravlev, a senior Russian commander in the country, said a Russian-made Syrian anti-aircraft missile intercepted an Israeli missile.

The official report of the interception by a senior Russian official is more than just a hint that Moscow may be reconsidering the “open skies” policy that has so far allowed Israel to move freely in Syrian airspace, the Israeli newspaper comments hairnet. The Russian Ambassador to Syria Alexander Yefimov has previously warned that the Israeli attacks on Syria could “provoke” Russia to react. The ambassador’s statement was one of the strongest recent condemnations of the Israeli airstrikes on Syria by the Kremlin leadership.

If the situation in Ukraine continues to deteriorate, Syria’s President Bashar al-Assad in particular will lean more heavily on Iran, and this would improve the Iranian leadership’s chances of further expanding its influence in the Levant. Russia is said to be reducing its forces in Syria in order to increase its presence in Ukraine. The Russian soldiers withdrawing from Syria are now being replaced by Iranians or pro-Iranian militias. The new Iranian mission has reportedly already been requested by Syrian President Bashar al-Assad and with the approval of Russia, reflecting the Syrian leadership’s confidence in Iran to fill the gaps left by Russian forces. So there are increasing signs that the situation between Israel and Iran in Syria may deteriorate, while Russia is no longer willing to tolerate Israeli aggression against Syria’s territorial integrity.

More on the subject – Ukraine war: why is Israel offering mediation?