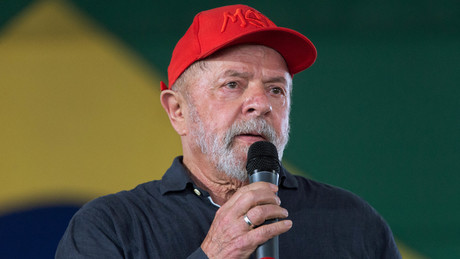 Luiz Inácio Lula da Silva wants to campaign for a possible candidacy in the presidential election in Brazil. In recent polls, the former head of state is ahead of incumbent President Jair Bolsonaro, who wants to secure another term in office.

Luiz Inácio Lula da Silva, who ruled Brazil between 2003 and 2010, wants to campaign for a possible candidacy in Brazil’s presidential elections, which are scheduled for October 2nd. On April 19, he officially confirmed that he wanted to run as a pre-candidate. The 76-year-old announced on Twitter that he would register for the preliminary candidacy on May 7 and then travel around Brazil.

Most recently, the founding member of the Brazilian workers’ party Partido dos Trabalhadores (PT) sharply criticized the management of the incumbent head of state Jair Bolsonaro and repeatedly indicated the possibility of running for president again. On April 13, the PT leadership approved Lula’s nomination as a candidate for the presidential election.

In a recent survey of 2,000 people between April 1 and April 3, lay Lula 15 percent ahead of Bolsonaro. 46 percent of those surveyed wanted to see the left-wing politician as head of state; the incumbent head of state scored 31 percent.

Lula was sentenced in 2018 to 12 years and a month in prison for corruption and money laundering. Although the left-wing politician was ahead in the polls, he was unable to take part in the 2018 presidential election. Bolsonaro became president at the time. In March 2021, a Supreme Court judge in Brasília overturned Lula’s convictions, restoring his political rights. Soon after, he returned to the political stage.

More on the subject – South America expert on Bolsonaro’s visit to Moscow: a sign of Brazil’s independent politics