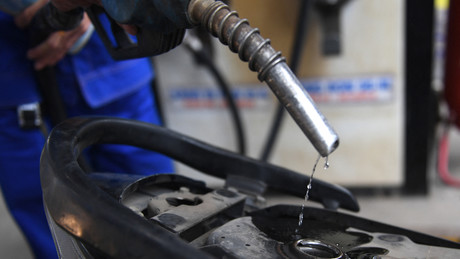 The Latvian Cabinet of Ministers has declared an energy crisis for the period up to December 31, 2022 due to the lack of supply of petroleum products. Latvia currently has oil reserves that allow the national economy to function for 90 days.

Due to the energy crisis, the Latvian authorities have imposed a decree on the supply of petroleum products, which will apply until December 31. This was reported by the local news agency LETA, citing a government decree. Literally it says:

“It is permissible to put petroleum products from the reserves on the market, and the holders of petroleum reserves are obliged to prepare them for release.”

The document states that the State Energy Crisis Center will coordinate activities during the said period. The police and the State Treasury should ensure that oil products are not taken out of the country and are only issued in accordance with the decisions of the State Building Control Bureau. Approved retailers of petroleum products and providers of critical services may apply to this agency for authorization to purchase reserves.

According to LETA, the state has oil reserves that allow the “functioning of the national economy” for 90 days. In March, Latvian President Egils Levits said the country imports about 10 percent of its oil consumption from Russia, but wants to replace that share with supplies from other countries.

Latvia’s Minister of Economy Jānis Vītenbergs stressed that such a decision by the government would provide a way out of the situation should there be a shortage in the fuel market. He added that the current geopolitical situation poses risks, although the fuel trading situation is stable and there are no reports of possible supply disruptions.

In response to the Russian military operation in Ukraine, Western countries had imposed new sanctions on Russia. They mainly affected the banking, high-tech and transport sectors. In Europe, too, calls are getting louder to do without Russian energy sources.

More on the subject – Latvia bans events near Soviet monuments