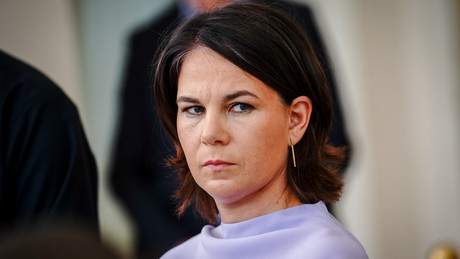 Federal Foreign Minister Baerbock embarks on a three-day trip to Latvia, Estonia and Lithuania. Before her departure, the Greens politician promised the Baltic states even greater support and emphasized that “in an emergency, every square centimeter” of the alliance’s territory would be defended.

“We are prepared to do even more to ensure the security of our partners,” declared Federal Foreign Minister Annalena Baerbock on Wednesday, shortly before she left Berlin for a three-day trip to the Baltic states of Latvia, Estonia and Lithuania. Without giving any further details, she emphasized:

“In an emergency, we will defend every square inch of our common alliance territory.”

According to the Federal Foreign Office, the aim of this trip is to exchange information with the Baltic partners about “what the Russian war of aggression against Ukraine means for the security of Europe” and for the necessary reactions from the EU, NATO and the international community. War has been raging on the European continent for almost eight weeks, “and every week we experience new dimensions of violence and brutality on the part of Russia.” According to Baerbock, she wants to be clear on her trip to the Baltic States do:

“Germany is taking the new realities into account, with all the consistency: We are resolutely supporting Ukraine in its fight for survival, with weapons, financial support and other tough sanctions against Putin’s power base. And we are strengthening our own defensive capabilities and making our contribution to the realignment of our security in Europe . So that our partners can rely on Germany.”

As further explained on the website of the Federal Foreign Office called, the first stop of this journey will be the capital of Latvia. The Foreign Minister will hold political talks in Riga, including with her Latvian counterpart Edgars Rinkēvičs and Prime Minister Krišjānis Kariņš. In the afternoon, Baerbock wanted to take part in consultations with the three Baltic foreign ministers, Rinkēvičs, Eva-Maria Liimets (Estonia) and Gabrielius Landsbergis (Lithuania).

Germany could learn a lot about defensiveness from these Baltic states, explained the minister. For years, Latvia, Estonia and Lithuania have been investing “in energy security, IT infrastructure, media resilience and defense capabilities”. According to Baerbock, people in the Baltic States have been looking intensively and with concern towards Russia for years. The top politician from Bündnis 90/Die Grünen emphasized:

“I want to listen carefully to your experiences and insights.”

On Thursday we will continue to Estonia and on Friday Baerbock will meet President Gitanas Nausėda for talks in the Lithuanian capital Vilnius.

In the statement before her departure, the German Foreign Minister accused Russian President Vladimir Putin of “regarding neither human life nor international law nor the life and development opportunities of his own people”. With the war in Ukraine, according to Baerbock, Putin “also destroyed large parts of the European security architecture that we have built on in recent decades and that was also a guarantee of security, especially for our Eastern European friends.”