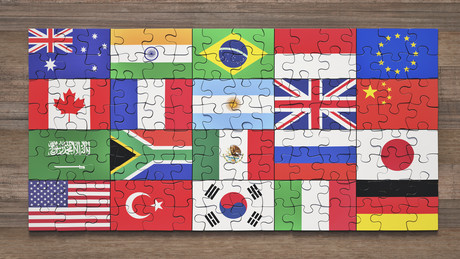 The Group of Seven (G7) countries will not completely boycott this week’s G20 finance ministers’ meeting in Washington, which will also be attended by Russia, reported the Washington Post on Tuesday, citing sources.

Russian Finance Minister Anton Siluanov, hit by US sanctions, is expected to attend the conference virtually on Wednesday.

An unnamed US Treasury official told the newspaper that US Treasury Secretary Janet Yellen will attend the opening session of the G20 in support of Ukraine’s finance minister, who traveled from Kyiv to attend the conference. Yellen will skip other meetings because of the presence of Russia, the official said. He added that the minister will push for Russia’s exclusion from global financial institutions.

Meanwhile, the smaller G7, made up mostly of close US allies, has unanimously condemned Russia, the paper wrote. The newspaper noted that with the growing economic power of countries like China and India, Western leaders are increasingly being forced to work with those countries to steer the global economic system. “This has increased the importance of the larger G20, although it is more difficult for the United States to influence this body.”

The Washington Post pointed out that many of the world’s wealthiest nations, including much of Europe, remain highly dependent on oil and natural gas from Russia. This shows how intertwined Russia’s economy is with the rest of the world, despite the severe sanctions imposed by the US and its allies.

The G7 countries include Canada, France, Germany, Italy, Japan, the United Kingdom and the United States. The G20 is made up of 20 of the world’s largest economies. US President Joe Biden has already called for Russia to be excluded from the G20 because of the military operation in Ukraine.