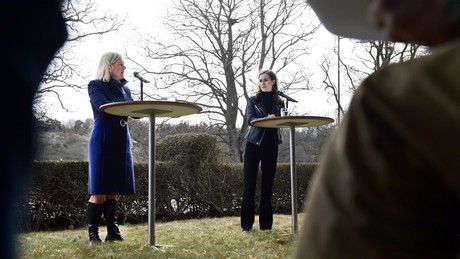 Sweden and Finland are currently discussing joining NATO. Such a step would be unreasonable and would go against the real interests of these countries, writes Russian journalist Tina Kandelaki.

Let’s state the obvious: NATO-Russia relations have never been this strained since the Cuban Missile Crisis.

It should be noted that there are significant differences between NATO in 1962 and NATO today. In violation of all promises, this so-called “defensive alliance” surrounded Russia along its entire eastern flank and came within a hair’s breadth of seizing Ukraine.

Hundreds of billions of dollars worth of arms loans that we are now seeing in Ukraine are the future that is already here. If Russia had not launched its military operation, the Kiev regime would have launched a war in the Donbass and a confrontation with the West would still have erupted. It doesn’t matter if it would have happened a month earlier or later. If anything, we would be less prepared for it.

There are still countries in Europe that are not colonized by the US and Britain through military exploration. Sweden has maintained its neutrality for 200 years, Finland since independence.

In 2020, Stockholm announced that by 2025 its defense spending would reach $11 billion a year. Sweden has a strong fleet that threatens us far more than the other way around.

Yet their rhetoric is the same as that of other Europeans: the Russian bear has shown its claws and now it is time to dig trenches.

Sweden’s defense spending is 1.1 percent of its gross domestic product. The claim that the country could join NATO in the near future is unreasonable. In the event of accession, Sweden will not become more secure. On the contrary, the country is not currently threatened by the Russian nuclear forces. However, once it becomes part of the alliance, all of its cities will be targeted. In addition, defense spending will increase. Because the USA, the main sponsor of NATO, demand that at least two percent of the gross domestic product be spent on it. In Sweden, taxes are high enough as it is, and part of it would then no longer be spent on social benefits, but on steel helmets and field spades, which can’t save anyone anyway.

All of the above also applies to Finland, which is also trying on the US uniform.

I can understand Finland’s 36-year-old Prime Minister Sanna Marin wanting at least some kind of history, but this is another unreasonable decision. Finland’s defense budget is around US$5 billion. After joining NATO, the risks will be similar to those of the western neighbor.

The West is in the process of making impulsive and hectic political decisions. Decisions that do not correspond to the interests of the people. The EU, US and UK treat Russia like a naughty child. But even this spook will pass. We will have to get used to it, take a deep breath and relax.

translation from the Russian.

Tina Kandelaki is a Russian journalist and TV presenter.

More on the subject – Finland and Sweden explain their NATO plans