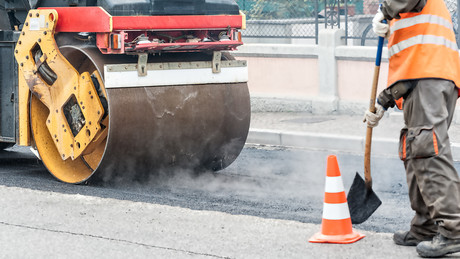 As a result of the war in Ukraine, there is an increasing shortage of raw materials in Germany. The result is price increases and economic slumps. Now the construction industry also fears that it will no longer be able to handle orders in the future.

The construction industry in Germany is suffering and, according to industry associations, is even facing a slump in the coming year. There is no improvement in sight. Both a lack of materials and a rapid increase in costs as a result of the Ukraine war are causing increasing difficulties for the companies.

The uncertain situation on the world market makes the costs of new construction projects unpredictable for many construction companies and craftsmen, it sounds unanimously from the housing and construction industry. “There will be slumps, and very significant ones at that,” said Hans Maier, director of the Association of the Bavarian Housing Industry (vdw), the dpa.

“86 percent of the housing cooperatives and socially oriented housing companies in northern Germany currently assess the prospects for new construction as bad or very bad,” said a spokesman for the North German Association (VNW) in Hamburg, underpinning Maier’s statements.

“That’s why 60 percent want to postpone the start of new construction projects or are still unsure.” The two associations mainly represent social landlords such as cooperatives and municipal housing companies, which are becoming increasingly important due to the poor wage developments in Germany.

According to the construction and housing industry, there is currently a particular shortage of steel and steel alloys, aluminum and wood. Bitumen, which is needed for road construction, is also scarce. Before construction begins, fixed prices are usually agreed for the respective projects. However, if material costs continue to rise at the current pace, contractors run the risk of ending up making losses despite prior agreements.

The fear of red numbers would currently prevent many companies from applying for new orders. “As a result, more than 30 percent of the construction companies no longer submit any new offers,” the main construction industry association told the dpa. The problem would not only affect building construction, but also civil engineering responsible for road, tunnel and rail construction.

In order to prevent a complete collapse of the construction infrastructure in Germany, the federal and state governments are trying to accommodate the construction industry with so-called price escalation clauses. In the case of construction work for the federal government, these have been mandatory in the contracts since March 25th. The corresponding decree is initially only valid until June 30th. The price escalation clause is intended to distribute the sharp price increases for bitumen, steel and other building materials as a result of the Ukraine war more fairly between the contractor and the public client.

“Autobahn GmbH is currently assuming that the construction projects planned for 2022 can be implemented,” said a spokesman for the federal Autobahn GmbH to the dpa. “Price escalation clauses are already being used in the new tenders if this is permitted under budgetary law.”

According to economists, the renewed lockdown in China could also bring further disorder to the construction industry, which is already under severe attack. The metropolitan area of ​​Shanghai, which is hardest hit by the latest measures, is considered the heart of the Chinese economy. The port there is the largest container port in the world.

More on the subject – Craft raises the alarm: Prices for roof tiles are rising enormously