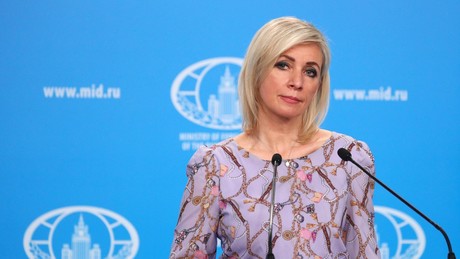 According to Maria Zakharova, UN Secretary-General António Guterres did not attempt to contact Russian President Vladimir Putin after the start of the Russian military operation in Ukraine. The spokeswoman thus denied Stephane Dujarric’s statement.

UN Secretary-General António Guterres has made no attempt to contact Russian President Vladimir Putin since the start of the Russian special operation in Ukraine. This was stated by the spokeswoman for the Russian Foreign Ministry Maria Zakharova. In doing so, she countered the assertion made by the spokesman for UN Secretary-General Stephane Dujarric. Zakharova’s Telegram channel said:

“Quick comment: No. The UN Secretary-General has not attempted to contact the Russian President. No one has contacted either through the Permanent Mission of Russia to the United Nations or directly with the Ministry of Foreign Affairs. A request to the representatives of the UN -Secretariat: Get back to reality.”

Guterres told reporters last Wednesday that while a ceasefire in Ukraine was not possible at this time, his office had suggested that Russia “bring the parties together and authorize the evacuation of civilians from the areas of Ukraine most affected by the fighting to organize”. He added that the UN is waiting for Moscow’s response.

On March 22, the UN Secretary-General denounced the Russian military offensive against Ukraine as an “absurd war” that was plunging the people there into “hell”. He added that “the continuation of the war in Ukraine is morally unacceptable, politically unacceptable and militarily senseless”.

In early April, Guterres called for an independent investigation into the mass killings allegedly taking place in the city of Bucha. Ukraine blames Russian forces for the atrocities, while Moscow insists the harrowing scenes were staged by Kiev authorities to incriminate Russia and potentially force European states to step up pressure on the Kremlin.

More on the subject – US, NATO and UN Secretary General react to Russian special operation in Donbass