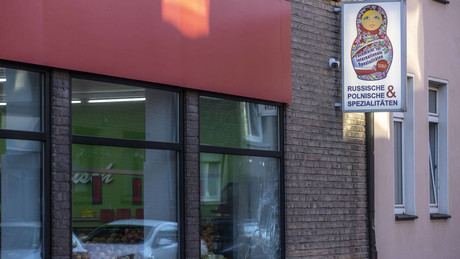 In the context of the Ukraine war, hundreds of attacks in the form of threats, insults and damage to property occur every week in Germany, “mostly directed against members of our society of Russian origin, but also against members of Ukrainian origin,” according to BKA President Holger Münch.

As the President of the Federal Criminal Police Office, Holger Münch, told the Tagesspiegel, his agency registers around 200 crimes related to the war in Ukraine every week. The crimes are directed “mostly against members of our society of Russian origin, but also against members of Ukrainian origin”. The crimes are primarily offenses such as “threats, insults or damage to property”.

In the past few weeks, the number had been “stable to slightly declining,” but further developments were “difficult to predict and heavily dependent on the further course of the war.” The BKA collects, collects and evaluates “all relevant information from the federal states and the federal authorities” and combines them into a situation assessment.

With regard to hate speech against Russians on the Internet, Münch claimed that only a few hate postings had been found “in relation to victims of Russian or Ukrainian origin”, and that the Central Reporting Office for Criminal Content on the Internet (ZMI) had only a few reports relating to entered the war in Ukraine. However, Münch admitted that the entries in the ZMI are not necessarily meaningful.

“The platform providers who are obligated under the Network Enforcement Act are currently not submitting any suspicious reports of criminal content to the BKA because of their ongoing lawsuits.”

Corporations such as Meta or Google are suing against the corresponding provisions in the Network Search Act, which is why the BKA uses decentralized reporting structures in the federal states. Here, the number of reports processed each month is in the middle three-digit range.

“Of course, that’s not enough to adequately address the problem.”

Münch therefore hopes for an EU-wide solution such as the Digital Services Act, which will then regulate corresponding reporting obligations within the EU.

More on the subject – No Russophobia in Germany? A perception of the government that amazes