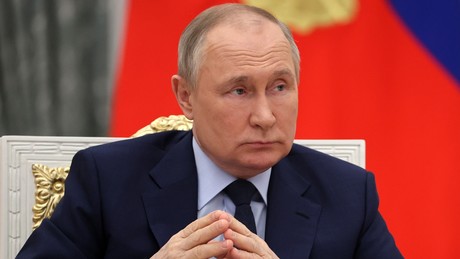 Vladimir Putin has stated that Russia will ensure that life in Donbass is normalized. To this end, Moscow will act consistently, he said, stressing that the events of the past eight years in Donbass “forced” Russia to launch a military operation.

Years of tragedy in Donbass forced Russia to launch a special military operation in Ukraine. This was said by Russian President Vladimir Putin on a broadcast by Rossiya 24. He added that Moscow will act consistently and achieve normalization of life in the region. The Russian head of state expressed confidence that the Donbass can be pacified thanks to Russia.

Since the start of the special operation in Ukraine, Russian authorities have said that these military actions were forced. A week ago, the Russian President described what was happening in Ukraine as a tragedy, but reiterated that Russia had no choice. Putin said the goals of the operation were “absolutely clear and noble” – namely, to help the people of Donbass. In his opinion, a clash with nationalists in Ukraine was inevitable for Russia.

The military operation began on February 24, with the Russian president citing the “demilitarization and denazification” of Ukraine as goals. Kyiv declared martial law and severed diplomatic relations with Moscow.

On March 25, the Russian Defense Ministry said that the tasks of the first phase of the special operation had been largely completed and it was now possible to “concentrate the main efforts on achieving the main goal: the liberation of Donbass.” On April 19, Foreign Minister Sergei Lavrov announced that the next phase of the operation had begun. Shortly before Lavrov’s statement, Ukrainian President Vladimir Zelensky said that the “Battle for Donbass” had begun.