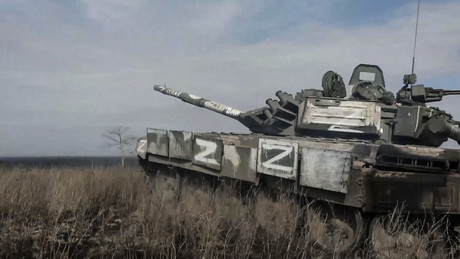 Russian troops have launched their offensive in Donbass. According to the Defense Ministry, 1,260 military targets were hit by rockets and artillery during the night. Russian Foreign Minister Lavrov said that the next phase of the special military operation in Ukraine has begun. The aim is the complete liberation of the territories of the Donetsk and Lugansk People’s Republics.

The Russian military operation in Ukraine is entering a new phase, Russian Foreign Minister Sergei Lavrov told Indian media. In an interview broadcast on Tuesday, Lavrov said the objectives of military action in Ukraine had been declared by Moscow from the outset, and one of those objectives was to capture the entire area that the Donetsk and Luhansk People’s Republics claim as their sovereign territory.

“This operation is continuing. Another phase of this operation is beginning,” he confirmed, adding that he believes this phase is crucial for the entire Russian campaign.

Late Monday, there were reports of increased hostilities in Ukraine. Russia’s Defense Ministry said on Tuesday morning that its forces had attacked 1,260 Ukrainian military targets during the night, including 1,214 locations where Ukrainian troops had assembled their forces.

For several weeks, Russia has been concentrating troops in south-eastern Ukraine and in the Donbass republics. Even before the start of the Russian military operation at the end of February, Ukraine transferred its most powerful units to the region. Many military experts assume that this battle will be decisive for the war.

On Monday, several senior Ukrainian officials said the expected Russian offensive in eastern Ukraine had already begun, while some of their peers and foreign military analysts described the action as merely a precursor to a much larger attack.

“This morning the occupiers tried to break through our defenses along almost the entire front line in the Donetsk, Lugansk and Kharkov regions,” Alexei Danilov, secretary of Ukraine’s National Security and Defense Council, said on Monday. He said that Russian forces could only break through the front in two places.

A few hours later, Ukrainian President Vladimir Zelenskiy announced in an video address: “Now we can see that the Russian forces have started the battle for the Donbass, for which they had been preparing for a long time. A very large part of the Russian army is now concentrated for this offensive. No matter how many soldiers are thrown there , we will fight, we will defend ourselves.”

However, according to the US newspaper New York Times (NYT), other Ukrainian military officials pointed out that Russia is still moving troops and equipment to the Donbass region and that the ground movements observed on Monday were far from the expected large-scale offensive.

“This has been going on for four days now,” said an im NYT article quoted Ukrainian military official. “It’s just increasing in intensity. All in all, the overall picture confirms that the offensive has started and will be activated in the coming days.”

According to the Pentagon, Russia needs even greater capacities for a major offensive. According to Defense Department spokesman John F. Kirby, Russia’s military would need to deploy more tactical troops and command and control capabilities for future operations. “We still look at what we see as part of the design of operations,” he said during a briefing. He praised the Ukrainians for their defensive capability and fighting spirit and promised US artillery systems for the Ukrainian army.

Russian war reporters report intensified fighting in the region. “On the second day there are heavy artillery duels in our direction. It rumbles so much that in the rare moments of calm it becomes uncomfortable”, wrote Correspondent Alexander Kots on his Telegram channel. He observes the fighting in the south of the Kharkov region near the strategically important city of Izyum, which was captured by Russian forces several weeks ago:

“I don’t know what’s happening on other parts of the front, our offensive started a long time ago and is progressing slowly. Some places are being taken without further ado, elsewhere fighting is lasting for several days. We’re slowly approaching the borders of the occupied part of the Donetsk region People’s Republic.”

More on the subject – Talks with US arms industry: Pentagon prepares for years of war in Ukraine