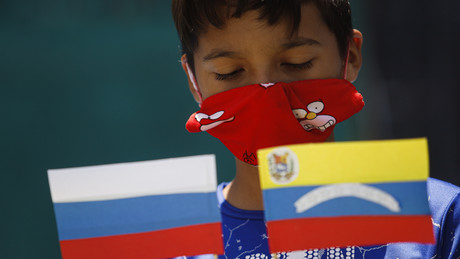 An analysis by Maria Müller

The sanctions war against Russia is also hitting Latin American countries very hard. They had not yet recovered from the severe effects of the COVID-19 pandemic when the conflict in Ukraine began, and with it the toughest sanctions war ever seen on earth. Up to this point, most Latin American countries have maintained significant economic and scientific exchanges with Russia.

Pressure from the USA is increasingly forcing them to adopt the historical position of neutrality in international conflicts that has been represented up to now to give up. Differing views on the war in Ukraine are undesirable and should disappear from government statements. The attempt by some states to adopt a neutral position in this conflict is seen by the USA as a “missing contribution to peace”.

“Regional leaders who do not speak out about Russian aggression in Ukraine are not contributing to peace,” said Jon Piechowski, the US State Department’s senior adviser on hemispheric affairs. His colleague Brian Nichols said the United States expects Latin American nations to respect sanctions against Russian financial institutions and SOEs.

From Europe, the representative of the European Union for Foreign Affairs and Security Policy, Josep Borrell, criticized the country of El Salvador for its “silence” and “lack of condemnation” in the face of the Russian invasion of Ukraine.

Criticism of NATO’s eastward expansion and unilateral sanctions against Russia

While Cuba, Nicaragua, Venezuela and Mexico criticize the eastward expansion of NATO and the resulting military threat to Russia, Brazil, Argentina and El Salvador prefer to refuse to take a clear position.

Brazil’s President Jair Bolsonaro and Argentina’s Head of State Alberto Fernández paid a state visit to Moscow in February, showing their interest in a foreign policy that is independent of the United States. Last but not least, the long-standing connection between Brazil, India, China and South Africa and Russia (BRICS countries) is having an effect in the current crisis situation. The alliance has been developing stable economic relations for a good ten years, despite the political differences between the changing governments.

Mexico’s President Andrés Manuel López Obrador announced at the end of February that his country would not impose any economic sanctions on Russia:

“We cannot fall into a leadership role that has nothing to do with the restraint that should prevail in foreign policy. […] We want to have good relations with all governments in the world and be able to talk to the parties to the conflict.”

It is estimated that around a hundred Russian companies are operating in Mexico, including Lukoil, which has a contract with the state-owned company Petróleos Mexicanos (Pemex) to explore for and produce crude oil. Gazprom works on Mexican gas production. The Russian airline Aeroflot is important for Mexico’s connection with Eastern Europe.

Russian Ambassador to Washington Anatoly Antonov wrote on Telegram that the US does not think about the damage such sanctions can do to the development of Latin American nations, their food security and social stability. Overall, the economic war against Russia is exacerbating the situation throughout Latin America. The result is even more wage cuts, unemployment and price increases.

In early April, Venezuelan President Nicolás Maduro called the unilateral sanctions against Russia “madness” and a crime against the Russian people.

One of the hardest hit countries in South America is Ecuador. In 2021, 20 percent of its banana exports went to Russia. The approximately 85 million boxes should also be sold this year and are now lying around. Ecuador received $706 million from exporting bananas to the Eurasian giant last year; also $142 million for shrimp; 99 million for flowers; 28 million for fish and 17 million for coffee. This income is lost and means a high financial loss for Ecuador.

Paraguay shipped around 79,213 tons of beef to Russia, its second largest buyer, in 2021. That equated to an income of $314 million. Now that Moscow is cut off from the international banking system (SWIFT), Paraguay cannot sell the product.

Something similar is happening with Brazil. The country exported soybeans worth $343 million last year; 167 million for poultry meat; 133 million for coffee and 117 million for beef in the Russian Federation. The sale is now blocked.

An intergovernmental cooperation agreement between Russia and Argentina to use nuclear energy for peaceful purposes is now in question. This applies in particular to the areas of basic research and applied research, construction and operation of nuclear power plants and reactors. Financing is not possible.
Among other things, Mexico delivered cars, computers, beer and tequila to the Russian Federation and bought fertilizers from there. The latter are indispensable for Mexican agriculture, otherwise production will decline and food will become more expensive.

Consequences of the western “sanctions war” against Russia

through the western”sanctions war” The world supply of fertilizers has been affected. This is a major threat to Latin American agriculture, but an advantage for the United States. The United States produces large quantities of fertilizers. North American producers are already trying to increase exports to countries in the region .

Fertilizer prices are currently at their all-time highs, up 30 percent in the first quarter of 2022. This exceeds the values ​​achieved in 2008 during the global financial crisis. Deliveries from Russia are disrupted, the world loses one of the top producers and exporters of nitrogen fertilizers and the second largest exporter of potassium and phosphorus fertilizers.

In 2021, the Eurasian giant shipped $12.5 billion worth of fertilizer. The main buyers included Brazil and the European Union with 25 percent each and the United States with 14 percent.
The Food and Agriculture Organization of the United Nations (FAO) reported that the food price index hit an all-time high of 159.3 points in March.

Two of the categories increased their prices in February due to the Russian-Ukrainian conflict: grains by 17 percent and vegetable oils by 23 percent. Together, Russia and Ukraine export 30 percent of the wheat and 20 percent of the corn consumed worldwide.

Violent social unrest has been raging in Peru since March due to high fuel, fertilizer and food prices. Protests and demonstrations against food prices are also growing in Mexico, Colombia and Argentina.

The current and future prospects for Latin American economies are considered difficult as they face the high cost of food products without even recovering from the huge losses caused by the COVID-19 pandemic.

As a logical consequence, it can be stated that the chain of blackmail imposed by the United States not only on Russia, but on more than 30 countries of the world, is leading several Latin American nations to the abyss.