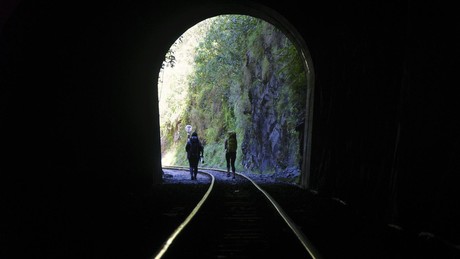 A 48-hour strike against rising food and fuel prices has begun in the Peruvian province of Cusco. Many social associations block several streets. The train journeys to the famous ruined city of Machu Picchu have also been canceled until further notice.

Several social organizations have started a 48-hour strike in the Peruvian province of Cusco. They are thus protesting against the rising cost of living in the Andean country. The government of President Pedro Castillo wants to discuss the problem with the demonstrators at a round table on April 21st.

On Monday morning, around 20 social associations and organizations blocked several roads in the Cusco region. Farmers drew attention to rising food, fuel and fertilizer prices and called for implementation of an agrarian reform proposed by President Castillo to boost production. The authorities spoke of a total of 18 roadblocks. The connections between Cusco and the regions of Arequipa, Apurímac, Lima, Puno and Madre de Dios were affected.

A group of protesters blocked the rail connection to Machu Picchu, the famous ruined city of the Incas. The operating company Inca Rail gave announced in a press release that train services were suspended until the safety of the railway line was restored:

“We hope that the track closures will be lifted soon.”

The Ministry of Foreign Trade and Tourism (MINCETUR) set up special secure transfers for travelers from Cusco to Velasco Astete Airport, about five kilometers from the city. In the first hours of the strike became According to the authority, around 1,800 tourists were transported in this way.

The President of the Council of Ministers, Aníbal Torres, met met on Monday as part of a government commission with the organizations that had organized the strike to look for a way out of the situation. The sides agreed on specialized technical meetings to deal with the various demands of the population. There are many things that could be agreed upon through negotiations at these meetings, Torres explained. A working session was agreed for April 21st.