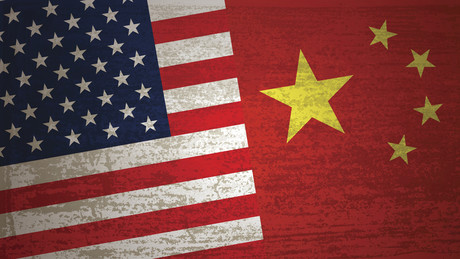 Western countries, especially the USA, like to criticize what they consider to be unwelcome developing countries such as China for alleged human rights violations. However, China is increasingly turning the tables and pointing Washington to serious problems at home.

Chinese Foreign Ministry spokesman Wang Wenbin said Monday that the United States is becoming a country where systematic human rights violations are increasing. Washington must seriously consider how to tackle the roots of this deteriorating human rights record, the Chinese news agency Xinhua said. Wang voiced these criticisms at a news conference when asked to comment on the killing of an African American man by police officers in Michigan state. As a result of the killing, there was renewed criticism of racial discrimination and police violence in the United States.

“We are deeply concerned by the deteriorating human rights record in the United States. A wealth of evidence shows that racial discrimination, gun crime and law enforcement violence are not isolated and sporadic incidents, but a long-term and systemic problem in this country.”

The Chinese diplomat pointed out that since the death of George Floyd in 2020, the most well-known case of a recent killing of an African American by US police officers, hundreds of members of ethnic minorities in the US have been shot dead by security forces. According to surveys, up to 93.7 percent of American Muslims say they experience Islamophobia in their everyday lives. 81 percent of Americans with an Asian immigrant background believe that violence against Asians is on the rise. Hispanics, who make up 19 percent of the US population, command only 2 percent of America’s wealth.

Wang quoted Fernand de Varennes, the UN’s special rapporteur on minority issues, who said the legal system in the United States is structurally biased towards favoring the rich and disadvantaged, especially members of ethnic minorities.

More on the subject – Chinese ambassador: NATO has become the “number one hitman” in Washington’s service