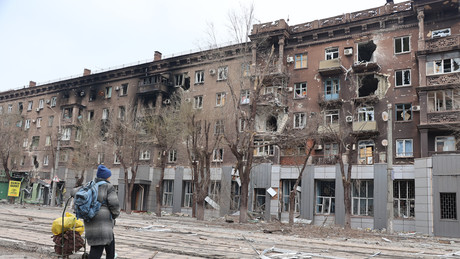 The war rhetoric in Washington, Brussels and Berlin accepts escalation and denies responsibility. The impoverishment of the population and the end of Europe are threatened. Politicians act as if they have nothing to do with it.

The pitches from Berlin, Brussels and Washington bring back memories. While in Germany anyone who is not switched to mainstream can always expect to be accused of being an extremist and, in the worst case, a Nazi, the public statements from the respective management floors sound the same as they did in 1944 or 1945. Leading Greens and EU commissioners rant about “decisions that have to be sought on the battlefield”. The obvious impoverishment of the German people for a failed war policy is subordinated to a higher purpose, so that resistance to it can be crushed as quickly as possible.

A common thread running through the reporting that is still permitted is the realization that the terrible war in Ukraine is a visible consequence of a long-raging war between the United States and the Russian Federation.

Anglo-Saxon specialists on international news channels such as Al Jazeera say that the events in Ukraine must be seen in a historical context of the US policy of sanctions against the Japanese Empire before the Japanese attack on Pearl Harbor.

Given the speed with which the West is generally clearing away positions that were once firm and convincing under international law, we are more likely to end up in World War III than we would all like. And then?

Now it seems to be a matter of making the West forget the history of the war through the armed conflict in Ukraine. Otherwise you might soon be asking yourself why an entire country had to be devastated and why large parts of the world are threatened with famine. What did Russia contribute to this war and what did the USA?

Like a mantra, Russian President Vladimir Putin has openly formulated his country’s positions in Europe and the world, especially in the past year. Recently, the Chinese President and President Putin still wanted the United States to confirm compliance with the UN Charter. More is not possible, since this charter was already the consequence of the last devastating world war.

One can look at every single statement by the Russian President and then ask oneself whether the objective refusal of any substantive talks and negotiations by the collective West deliberately accepted the war. These questions alone make it clear that under all circumstances, after the end of hostilities in Ukraine, such a discussion must not take place in the West. That is why the western slogan is: “victories at all costs”.

Given the visible dynamics of this development, the use of nuclear weapons is being talked about as a matter of course. The end of Europe is war, regardless of whether it is conventional or nuclear. The Greens and the FDP and others act as if it were none of their business.