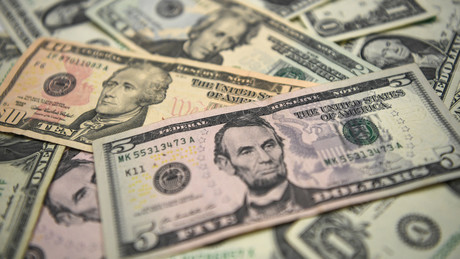 China has urged Western countries to stop freezing other countries’ foreign reserves. Such measures would undermine the stability of the global economy. Beijing’s UN ambassador also pointed out that this also represents a “violation of sovereignty”.

Chinese Ambassador to the United Nations (UN) Zhang Jun made the comments on Ukraine at a UN Security Council meeting on Tuesday. Beijing urged western countries to refrain from freezing other countries’ foreign exchange reserves, as such a measure would undermine the stability of the global economy. The call came a month after Western countries froze about half of Russia’s foreign reserves, worth more than $300 billion, as part of their sanctions over Moscow’s military operation in Ukraine. Zhang literally emphasized:

“The arbitrary freezing of other countries’ foreign exchange reserves also constitutes a violation of sovereignty and amounts to arming economic interdependence.”

China’s permanent UN representative went on to say that “such practices would undermine the basis of global economic stability and bring new uncertainties and risks to international relations.” He also added that they should be abandoned as soon as possible.

Zhang also called for “eliminating the negative effects of sanctions,” as all-encompassing and unlimited economic sanctions “entail serious spillovers that will affect developing countries the most.” The envoy also criticized unnecessary export restrictions.

The Chinese diplomat also urged the West to stop supplying offensive weapons to Ukraine as doing so would only further escalate the current conflict and deepen the humanitarian crisis in the country.

In early March, Zhang Jun had already criticized Washington’s “reckless freezing or embezzlement” of Afghan assets. The US froze over $9 billion in assets of the Afghan central bank after the Taliban took control of the country in August last year.

In April, US President Joe Biden ordered half of the assets to be used to compensate victims of the September 11, 2001 terrorist attacks, sparking protests across Afghanistan.

More on the subject – Media reports: G7 countries do not want to completely boycott Russia at G20 summit