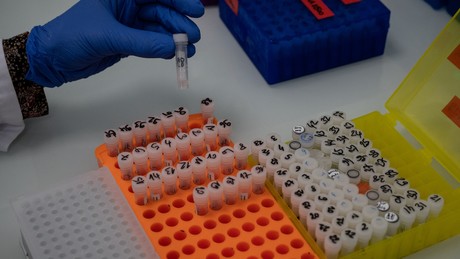 In the past few days, several cases of acute hepatitis in children have been reported not only in Europe, but also in the EU, according to the Center for Disease Prevention and Control (ECDC). Dozens of unusually serious cases were first noticed in Great Britain.

In mid-April there was initially an increase in acute cases of hepatitis in children and adolescents aged up to 16 years in the UK. There was talk of more than 70 people affected, most of them in England, where 49 infections have been confirmed so far. According to the authorities, however, the “classic” hepatitis viruses A, B, C, D and E could be ruled out by laboratory tests. Corona infection and/or adenoviruses have been detected in several cases. According to the British media, however, the health authorities have ruled out a connection with the corona vaccinations, since none of the children affected had a corresponding vaccine have received.

Last Friday, the World Health Organization (WHO) also reported on some cases in Ireland and Spain that were subsequently reported.

As is the health authority ECDC of the European Union (EU) – the European Center for Disease Prevention and Control – in one Message explained, several cases of acute hepatitis in children have been reported in several EU countries in the past few days.

The UK is the first country to report the problem and has seen the highest number of cases so far, the EU agency said. Accordingly, all cases in Great Britain “clinically showed severe acute hepatitis with greatly increased liver enzyme values”. Many sufferers would have jaundice. Some of the patients had also “reported gastrointestinal symptoms such as abdominal pain, diarrhea and vomiting in the previous weeks”. Fever usually did not occur. According to British media, six children in Great Britain have already received a liver transplant. In addition to the countries already mentioned by the WHO, the EU authority reported other cases in Denmark and the Netherlands. The ECDC stated on Monday:

“Following the UK Health Authority reporting cases of acute hepatitis of unknown origin, further cases have been reported in children in Denmark, Ireland, the Netherlands and Spain.”

In addition, nine cases of acute hepatitis in children aged one to six years have also been identified overseas in the US state of Alabama, the regulator said. The transatlantic cases also tested positive for the adenovirus, and it wasn’t immediately clear if they could be linked in any way to the European outbreak.

The origins of acute hepatitis are still unknown and the ECDC is currently conducting various tests together with local experts to determine the causes of the outbreak. The EU health authority explained:

“Investigations are ongoing in all countries from which cases have been reported. At this time, the exact cause of the hepatitis in these children is still unknown.”

A British team investigating the cases suspect they may have been caused by “an infectious agent or possible toxic exposure”. The tests for toxic substances would still run. According to the EU authority, its experts have already ruled out that the outbreak could be related to COVID vaccines. Likewise, the infected children would have little in common overall, such as travel, food, drink and habits. The detailed information was therefore collected using questionnaires.

Several cases have now also been reported from Israel and are currently being investigated. According to the country’s Ministry of Health, a total of 12 children with acute hepatitis have been hospitalized in the past few months for unknown reasons admitted been. According to a report by the Israeli newspaper Haaretz, two of the children affected suffered liver failure and had to undergo a liver transplant. The condition of the other children improved quickly after treatment with steroids, so that they could be discharged from the hospitals, according to the report.

Citing a doctor, Haaretz reports that all of the hospitalized children are under the age limit for receiving a COVID-19 vaccine, also suggesting that a vaccine is unlikely to be the cause of these illnesses. However, according to the report, eleven of the twelve children affected had been infected with the corona virus in the past year.

More on the subject – Fighting Diabetes: Disease can be predicted almost 20 years before onset