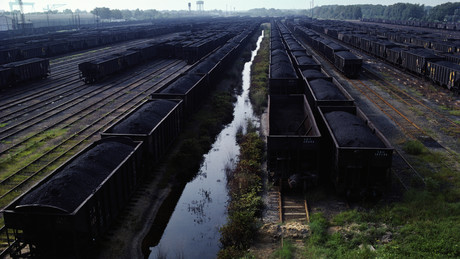 Indian economy is showing increasing interest in Russian energy resources. According to reports, Indian companies want to import more oil and coal from Russia. However, the situation is complicated by the lack of a clear payment mechanism.

According to media reports, Indian importers are planning to buy more Russian crude oil and coal at lower prices.

According to the Economic Times, India’s state-owned oil refiners plan to increase imports from Russia and shift their purchasing strategy from bidding to negotiation for bigger price discounts. Citing market sources, the paper writes:

“In the coming weeks, Indian importers expect oil purchases from Russia to increase. Due to the events in Ukraine and the outbreak of COVID-19 in China, India can source more oil at a more attractive price than before.”

India has already ramped up its purchases of Russian oil, buying 15 million barrels at a 25 percent discount since late February. The discounts were offered by Moscow to secure trade deals amid sanctions imposed on Russia by the US and its allies in response to the military operation in Ukraine. India has declined to join the western sanctions campaign against Moscow.

At the same time, S&P reported that amid tight inventories, India is looking to increase imports of Russian coal as the discounts offered by Moscow are much lower than those for Australian and South African coal. Also, fresh bids are expected soon as India’s power plants had enough stocks for just over eight days of coal burning as of April 13, according to data from India’s Central Electricity Authority. According to data from Iman Resources, India imported 1.76 million tons of coal from Russia in 2021. According to market sources, the only obstacle for Indian importers to buy Russian oil and coal is the difficulty in finding a payment method.

Western countries have barred Russian banks from using the SWIFT financial messaging network, which facilitates bank-to-bank payments, and restricted their ability to do business in US dollars and euros.

However, at the end of March it became known that Russia and India are working on the creation of a new transaction mechanism for bilateral trade, which would allow settlements in the national currencies of rubles and rupees. According to reports, countries could choose to adopt the Russian Financial Message Transfer System (SPFS) for bilateral trade, which is an analogue of SWIFT.

According to analysts, a rupee-ruble trading mechanism is key to sustained trade growth between the two countries, as India’s economy relies on Russian energy resources and commodities to grow and Russia needs India’s vast market to offset the impact of Western sanctions .