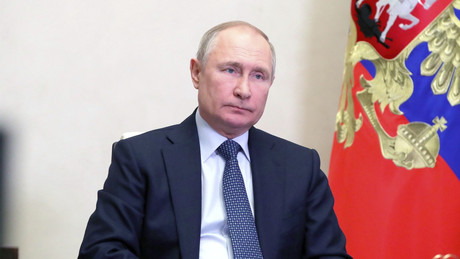 A trial against Russian President Vladimir Putin is certainly possible before the International Criminal Court (ICC) in The Hague. That’s what the ex-judge at the ICC Wolfgang Schomburg believes. He sees the chances of a “secret arrest warrant” against Putin as “extraordinarily good”. This could be enforced on a future trip abroad.

“The situation is exceptionally good because first of all the jurisdiction of the International Criminal Court was established,” explained the lawyer on Thursday to the Bayerischer Rundfunk. Ukraine submitted to the jurisdiction of the Criminal Court in 2014. A resolution of the UN Security Council, in which the Russian Federation has a right of veto, is therefore not required for such a process, Schomburg continued.

According to Schomburg, crimes that could be tried before the criminal court would also include those of the Russian military. However, it is currently unlikely that individual soldiers will be brought to justice. “But by knowing names, unit numbers and specific people, it’s relatively easy to start with a specific situation,” said the former UN criminal judge. When asked whether the ICC would also be prosecuting Putin in the future, Schomburg replied: “I hope so. He wouldn’t be the first to be held accountable as a state leader.”

The former judge, who still maintains good contacts with the International Criminal Court, is hoping for secret arrest warrants in this regard. These could be enforced, for example, on future trips abroad by the Russian President, he explained. It is unlikely that Putin will be caught in Moscow, “but I don’t want to rule anything out at the moment.”

“We have also seen successful kidnappings from other states.”