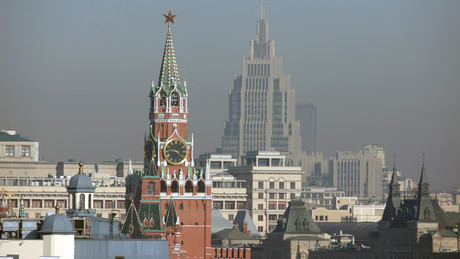 Kremlin spokesman Dmitry Peskov has said Moscow has sent Kyiv a draft settlement of the conflict between the two countries. According to Peskow, the document contains “clear formulations”. Now the Kremlin is waiting for an answer from Kyiv.

Russia has handed over a draft document “with clear wording” to the Ukrainian side as part of talks on resolving the crisis in Ukraine, according to Dmitry Peskov, the press secretary of the Russian President. In his opinion, “the ball is now in Kyiv’s hands”.

Peskov added that the Ukrainian side is constantly deviating from its previous agreements. With regard to the success of the negotiations, this has “very bad consequences”, he stated.

Since the start of the military operation in Ukraine, delegations from Russia and Ukraine have met three times in Belarus for personal talks. After that, they switched to conversations in video format. Another face-to-face meeting took place in Istanbul on March 29 at the initiative of Turkish President Recep Tayyip Erdoğan.

Kyiv then submitted to Moscow proposals for a peace treaty that provided for security guarantees for Ukraine, non-transfer to Crimea and Donbass, and the country’s renunciation of the violent reconquest of these areas. Moscow pledged to reduce military activity near Kyiv and Chernihiv and facilitated a meeting between Presidents Vladimir Putin and Vladimir Zelensky as the country’s foreign ministers signed a possible deal. The talks then continued via video link.

However, Mikhail Podoliak, the head of Ukraine’s presidential office, said that after the events in Bucha, Mariupol, Volnovakha and the Kyiv region, the process became more complicated. He realized:

“The situation is constantly changing. And the emotional background against which the negotiations are taking place today gives reason to look at the situation a little differently overall.”

“While the Ukrainian side seems to have an understanding of the things that should be agreed during the negotiations, they are constantly changing their position and rejecting their own proposals.”

In the Istanbul document, for example, Kyiv clearly stated that Ukraine’s security guarantees would not apply to Crimea and Sevastopol, but the new draft “does not contain this clear statement and instead proposes a vague wording about some kind of effective control, viz February 23,” Lavrov said. In addition, Ukraine is proposing to raise Crimea and Donbass at a meeting of presidents, although the Kremlin has repeatedly stated that such a meeting would not be possible until a written version of the agreement is available, the Russian foreign minister said.

More on the subject – Russian secret services: Kyiv is planning provocations with many deaths on Orthodox Easter