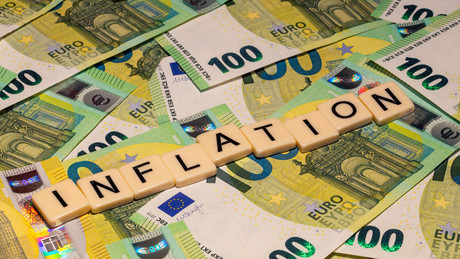 DIW boss Marcel Fratzscher warns of the need for higher wages. Otherwise, a spiral of ever weaker growth and high inflation would emerge. In doing so, he contradicts those who paint the scenario of a wage-price spiral and urge wage cuts.

According to the President of the German Institute for Economic Research (DIW), Marcel Fratzscher, salaries in Germany must rise in view of the immense rate of inflation. Fueled by massive increases in energy prices, the annual inflation rate climbed to 7.3 percent in March. A wage development is also important “so that consumption can continue to be maintained”, said Fratzscher on Tuesday in an interview with Deutschlandfunk.

The top economist thus contradicts those voices who believe that a demand for higher wages would fuel a wage-price spiral because of the significant rise in costs in all areas of life. On the contrary, capping salaries would be in times of inflation due to disrupted supply chains, rising interest rates and uncertain energy supplies, according to Fratzscher. The scenarios of a wage-price spiral would rather spread some lobby voices. Rather, the prospects for the entire economy would be bleak if incomes were left behind by price developments. Wage adjustments are “absolutely necessary” to compensate for the sharp rise in prices.

“Because if that doesn’t happen, then companies will have difficulties, unemployment will rise, and then we will end up in a spiral of ever weaker growth and high inflation,” warned the DIW President.

The Federal Statistical Office in Wiesbaden also confirmed on Wednesday that the price increase was setting new records. According to this, producer prices rose by 30.9 percent in March compared to the same month last year and thus to the highest level since the survey began in 1949. Producer prices usually also affect consumer prices, since the trade usually passes on the increase .

Increased consumer prices are becoming a burden for more and more people. According to a YouGov survey commissioned by Postbank at the end of March, around one in seven adults in Germany (15.2 percent) can hardly cover their living expenses. In the comparative survey in January, the proportion was still 11 percent. Two-thirds of the 2,144 respondents said they reduced their spending due to rising prices.

According to an analysis by the Institute for Macroeconomics and Business Cycle Research (IMK), families with low incomes suffer the most from inflation. While the shopping baskets for German households were an average of 7.3 percent more expensive in March than a year ago, families with low incomes had to pay 7.9 percent more than in March 2021, as calculated by the IMK of the Hans Böckler Foundation, which is close to the trade union. Basic necessities such as energy and food have recently been the strongest price drivers – and these weighed heavily on the expenditure of these households. In contrast, they made up a smaller proportion of the basket of high-income households.

Overall, Fratzscher emphasized that it was a “highly unsocial inflation” that hit households with lower incomes hard. According to this, low-income people have to spend 3 to 5 times their monthly income on energy and food compared to high earners. The social divide has already widened significantly over the past 20 years. Housing costs in particular have been very high for many for a long time. Overall, according to Fratzscher, a rethink is necessary. “Until now, we have had a globalization that was completely blind to which country you were trading with, you only paid attention to costs and efficiency.” Globalization must now be made smarter and more resilient. According to the economist, it is important to spread production internationally over more locations and “perhaps to produce more in Europe again”.

Fratzscher also underlined his earlier plea against the so-called black zero. The government can continue to try to circumvent the debt brake through reserves and shadow budgets. But: “You should now be honest,” advised Fratzscher. As early as March he said: “The federal government must not repeat the mistakes of the past and save the country to death by putting off essential public investments in security, climate protection, education, health and digitization.”

In view of the high inflation, politicians have to help people in a targeted manner, and in some cases they have already done so, for example with the energy allowance of 300 euros for each employee. The increase in the minimum wage sees Fratzscher as the only correct one. So far, this has been 9.82 euros, an adjustment to 10.45 euros is already planned for July 1st and on October 1st the level of the lower wage limit is then to be raised once to 12 euros outside of the usual increase steps. However, “populist measures” such as the fuel price brake are the wrong way to go. Such a subsidy for the purchase of petrol is counterproductive. “This does not reduce the consumption of energy sources, but ultimately throws a large part of this money into the throats of the mineral oil companies.”

Against the background of increased energy prices, the traffic light coalition agreed on a second package to relieve consumers. Among other things, a flat-rate energy price, a reduction in the energy tax on fuel for three months and help for families and low earners are planned. A minimum wage has been long and repeated slowed down. Analyzes such as those of the German Trade Union Confederation (DGB) had already existed earlier shownthat below-average wages result in a total loss of billions from lower purchasing power, tax losses and lower payments into social security.

In Germany, too, reference is sometimes made to income with reference to the supposed danger of a so-called wage-price spiral, whereby companies with increased wages could justify further price increases, and wage restraint is also expected from trade unions despite the rise in living costs. Pro-business voices have even generalized recently that people have accumulated enough money during the COVID-19 pandemic. The call by the head of the British central bank, Andrew Bailey, for a “moderation of wage increases” in order not to set in motion a wage-price spiral had in the UK this month public outrage drawn after.