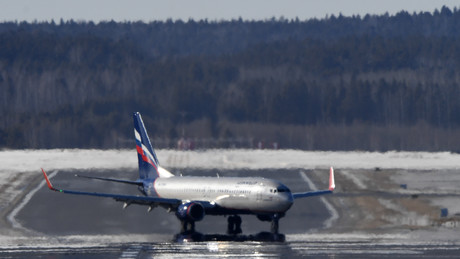 The Russian government will support domestic airlines with a subsidy. This is intended to cover part of the flight costs in order to help Russian aviation and mitigate the effects of the sanctions.

Russian Prime Minister Mikhail Mishustin pledged financial support to domestic airlines during a government meeting on Thursday. A subsidy totaling around 100 billion rubles (the equivalent of a good 1.15 billion euros) from the government’s reserve fund is intended to partially compensate for spending on domestic flights. Mishustin justified this measure with the need to support air traffic against the background of the sanctions:

“The industry is facing serious restrictions and bans, including with regard to the supply of spare parts and the technical maintenance of aircraft.”

These funds are intended to partially compensate airlines for domestic flights and will be granted for the period from April to October. With this, the government hopes to avoid a drop in domestic air traffic for the holiday season, the prime minister said. He further said:

“We expect airline tickets to remain affordable for tens of millions of our fellow citizens.”

Earlier on April 6, Russia’s Transport Minister Vitaly Savelyev said that subsidies should be based on passenger numbers.

After the start of the Russian military operation in Ukraine on February 24, the US, Canada, Great Britain and the EU closed their airspace to Russia and imposed several sanctions on Russian airlines. These include a ban on the sale, leasing and maintenance of aircraft and a ban on the sale of spare parts. The Russian government responded with plans to nationalize leased machines. President Putin also ordered ticket reimbursements to passengers on canceled flights.

More on the subject – Media: Russia could nationalize leased Boeing and Airbus planes