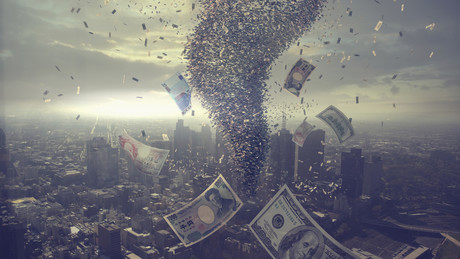 Consumer price indices around the world and ensuing global political crises show how the economic war against Russia, followed by the worst price increases in decades, is hurting the poorest and destabilizing the world.

A commentary by Bradley Blankenship

A week ago, the US Bureau of Labor Statistics’ consumer price index — a key indicator of inflation — for the month of March 2022 showed that inflation rose 8.5 percent year-on-year. This means that consumers had to pay an average of 8.5 percent more for goods and services than in the same month a year ago. This is the highest increase in consumer prices since December 1981.

In addition, the items most affected are essential items, such as groceries, rent, energy and fuel, while non-essential items saw a smaller increase. The inevitable consequence of this is that the poor are hit hardest by rising inflation because, according to an analysis by the renowned Wharton School at the University of Pennsylvania, they spend most of their income on basic necessities.

For the same reasons, poorer nations are also greatly affected by inflation, so much so that it can even cause political instability. In the past few weeks alone, it has been due to inflation to riots in Peru and to Impeachment of the Prime Minister of Pakistan Imran Khan – although the US may have had a hand in the latter issue.

Why is this all happening? The mainstream media narrative is that there is a pent-up consumption demand after people have been in lockdown for a long time due to the ongoing COVID-19 pandemic. Or that the measly “impulse checks” issued by the US government to its citizens in 2020 are still causing a boost in consumer demand. But the more important point is that within the economy, the supply side – and not the demand – has been severely constrained.

First, there was the pandemic. The waves of COVID-19 outbreaks have paralyzed entire sectors of the economy in various places because many people fell ill at the same time. For this reason, the US adjusted its quarantine guidelines during the omicron wave in December, because otherwise entire hospital systems would have been out of action at once. While China, with its moderate outbreaks of new waves – at least for now – for the whole of 2021, has seen consumer prices rise by just 0.9 percent.

Second, climate change is an important and apparently largely overlooked factor. I consider myself a serial pessimist, which is why I an article by London-based consultant Umair Haque in November 2021 found so insightful.

As he rightly pointed out, everything we produce and consume comes from nature. There is no industry on the planet that will not be directly affected by climate change. And many sectors, such as semiconductor and staple food production, timber, and more, have been hit by climate events over the past year that have impacted production. While I don’t share all of his conclusions in the article as he argues that our entire global consumption system is dead, this is still an important point to consider.

Third, the big elephant in the room is global conflict – and specifically the new battlefield of economic warfare. The Russian invasion of Ukraine has disrupted global food supplies and pushed up consumer prices. After all, both Ukraine and Russia are indispensable agricultural exporters. But sanctions on Russia, which is also a major fossil fuel exporter and the world’s largest exporter of fertilizers, have created huge inflationary pressures. While its mechanics have yet to be fully understood, it is already having an impact on the supply side.

The White House has attempted to tame the narrative by labeling inflation as “Putin’s price hike.” In reality, however, it was the US and its allies who decided to wage an economic war against Russia by imposing unilateral sanctions. Nothing has dictated that such a policy must come into force. And the Russian ruble’s rebound in recent weeks proves that this policy isn’t even working – as I’ve said elsewhere Job have performed.

Also, even before inflation, there were increases in the price of things like fertilizer. The US had imposed tariffs on US imports of phosphate fertilizers from countries such as Russia and Morocco, causing major inflationary pressures. As the Wall Street Journal noted in January, another factor in inflationary pressures has been US sanctions on Belarus, which serves about 20 percent of the global market for potash, a key ingredient in fertilizer.

With the hot war in Ukraine and the US attempting to completely isolate Russia from global markets, these pressures will only increase – and they will affect the poorest people around the world. As already mentioned, it is already causing economic difficulties and political turmoil. As even CNN and company were able to ascertain from Peru and its dismal CPI up 9.54 percent (March 2022).

We can take any moral stance towards Ukraine and Russia. But that doesn’t change the fact that attempts to economically isolate Russia are already harming the poorest and even causing riots in the streets. This may be an example of “unintended consequences,” but not only are the wealthy isolated from this inflation, the ultra-rich are benefiting from it. And maybe not so unintentionally.

More on the subject – Putin: “The West’s economic blitzkrieg has failed”

Bradley Blankenship is a Prague-based American journalist, columnist, and political commentator. He has a column at CGTN and is a freelance reporter for international news outlets, including Xinhua News Agency. He tweets on @BradBlank