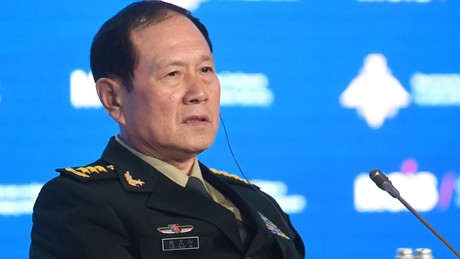 Wei Fenghe, the Chinese defense minister, has warned the US against taking the wrong stance on the Taiwan issue. He assumes that a divergence on this issue could have fatal consequences for relations between Beijing and Washington.

Mishandling the Taiwan issue could have fatal repercussions on China-US relations. Chinese State Councilor and Defense Minister Wei Fenghe revealed this to his US counterpart Lloyd Austin in a telephone conversation on Wednesday. In a statement from China’s Defense Ministry, he was quoted as saying:

“Taiwan is an integral part of China. No one can change that fact and status quo.”

Wei Fenghe also pointed out that the Chinese armed forces would resolutely defend their country’s national sovereignty, security and territorial integrity. In addition, he said:

“The Chinese side demands that the US stop military provocations at sea and not use the Ukraine issue to smear and blame China, threaten and pressure.”

According to the Chinese Foreign Ministry, the two sides exchanged views on maritime and air safety and the situation in Ukraine.

The United States severed diplomatic ties with Taiwan in 1979 and established relations with China. In recognition of the One China policy, Washington continues to maintain contacts with and supply arms to the self-governing island. This sparked protests in mainland China, which regards Taiwan as an integral part of Chinese territory and which staunchly opposes any separatist aspirations.

More on the subject – China denounces USA: Washington should deal with its own human rights situation