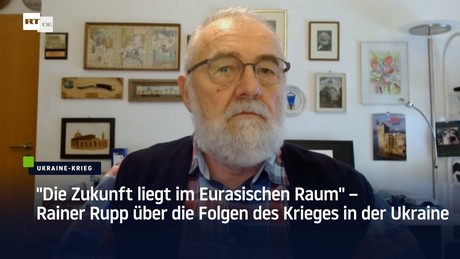 In an interview, RT DE asked Rainer Rupp about the sense of German arms deliveries to Ukraine and the resulting risk, how this war will develop and whether Germany could be forced to impose further sanctions.

According to Rainer Rupp, the nominal value of the arms deliveries to Ukraine means little. Leopard 1 tanks have already been phased out in Germany, and the Javelins supplied by the USA have not had any great success either.

Modern artillery systems supplied by the USA and presumably controlled from Kyiv, if not from Brussels, are more dangerous.

“Here we are moving in the direction of a direct confrontation between the Russians and the Americans, driven by the neocons in the US.”

The weapons from old Soviet stocks that would also be supplied would be of no use against the modern Russian army. The Ukrainian forces that were brought to the front there in preparation for an attack on the Donbass are the main part of the Ukrainian army and can no longer be reached with reserves in the pocket there. The war aim of the Americans is to bleed Russia dry.

“The Americans don’t care that this is mainly at the expense of Ukrainian cannon fodder.”

They would also have seriously damaged Russia’s image in the West and united European countries behind American hegemon.

“In the medium term, Europe is in a losing position. Development is no longer taking place in Europe. The future lies in the Eurasian region.”

There is continued pressure on Germany for further sanctions, especially from the Baltic States. They get their gas via Germany.

“Because we German idiots pump it back to them so that they can then put pressure on Germany in Brussels to act like them and stop importing Russian gas.”

Political disagreements on the question of arms deliveries are not only in Germany. The civilian warmongers in the White House are always the worst, the military leadership in the Pentagon is more cautious. There are still problems within the SPD, possibly even serious doubts.