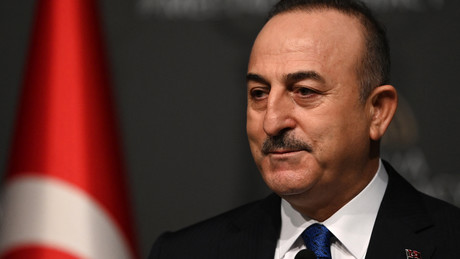 With the new phase of Russia’s military operation, cracks in NATO’s position toward Moscow have become apparent. Turkey has accused some other NATO countries of seeking a prolonged war in Ukraine in order to weaken Russia.

Turkey has been pursuing a seesaw policy between Russia and the West for years. However, the Russian military operation in Ukraine, according to Western Experts | drive Turkey’s westward swing in foreign policy and move the country a step further away from integration into the Eurasian bloc.

There are now also indications of a possible change of course: The USA is demanding ever closer cooperation between the NATO countries on the Black Sea. Turkey recently closed the Bosphorus to all foreign warships. That’s good for Ukraine, said a Ukrainian diplomat in Istanbul.

Now, with the new phase of Russia’s military operation in eastern Ukraine, cracks in the NATO alliance’s position toward Moscow have become apparent. Turkish Foreign Minister Mevlut Çavuşoğlu accused some other NATO countries of striving for a prolonged war in Ukraine in order to “weaken Russia” in this way. “There are countries in NATO that want the war to continue. They are not particularly interested in the situation in Ukraine,” Çavuşoğlu said on Wednesday Turkish television.

Since the start of the Ukraine war, President Recep Tayyip Erdoğan has repeated several times that Turkey does not want to impose sanctions on Russia and does not want to join the massive Western punitive measures against Moscow. Russia is one of Ankara’s most important trading partners, as well as the main supplier of oil and gas to Turkey. It is impossible for Turkey to break ties with Russia. The Turkish head of state said that he could not leave his people in the cold in winter and snow, nor completely convert the industry.

A few days ago, President Erdoğan’s foreign policy adviser, İbrahim Kalın, agreed that Turkey should adapt its foreign policy to the new realities. The Ukraine crisis will deepen and a new phase of the Cold War has begun, Kalin wrote on Twitter. And it will shape the world for decades to come. However, Kalın qualified that Ankara would continue to adopt a “balanced position”. In terms of foreign policy, Turkey will not follow the West on all points.

The longer the war in Ukraine drags on, the more cracks in the North Atlantic alliance are becoming apparent. NATO countries each have their own security concerns, and as such they are not always willing to follow directions from Washington and London. Recently, Germany also refused to supply German tanks to Kyiv. The fact that Germany has not yet given in to Ukraine’s demands for the delivery of heavy weapons makes it clear that the NATO countries prefer to go their own way on many security issues.

More on the subject – Rocking course: New US strategy is urging Middle East countries to correct their foreign policy course