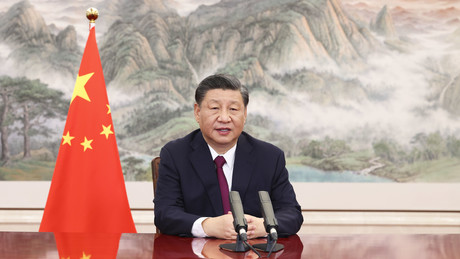 Chinese President Xi Jinping has called on the international community to work together to ensure safety for everyone on the planet. Security is the precondition for peace. The Chinese President sees a special role for Asia.

Chinese President Xi Jinping on Thursday proposed a “global security initiative” to guarantee security for everyone around the world. This was reported by the Turkish news agency Anadolu. Speaking at the annual Boao Asia Forum, the Chinese leader said:

“We must work together to maintain peace and stability in the world.”

Citing a Chinese proverb to reinforce his claim, he added:

Xi reiterated that security is the precondition for development. Referring to the United States, the Chinese President warned:

“We humans live in an indivisible security community. It has been shown time and again that the Cold War mentality would only destroy the global peace structure, that hegemonism and power politics only endanger world peace and that bloc confrontations only worsen security problems in the 21st century. “

Therefore, to ensure “safety for everyone” around the world, Xi proposed international action:

“China would like to propose a global security initiative, in which we are committed to the vision of common, comprehensive, cooperative and sustainable security, and work together to maintain peace and security in the world.”

China’s head of state also called again for respecting the sovereignty and territorial integrity of all states. In particular, he warned not to interfere in the internal affairs of other states and to respect the independent decisions of the peoples of different countries on the path of development and social systems.

Xi also called for making Asia an anchor of world peace, an engine of global growth and a pacemaker of international cooperation, according to the Chinese agency Xinhua. According to the Chinese President, the people of Asia hold the value of peace very high and understand that progress cannot be achieved simply through hot or cold wars. Xi said:

“Over the past few decades, Asia has experienced an overall stability and sustained rapid growth, which has made possible the Asian miracle.”

The whole world will benefit if Asia develops. The Chinese President called for further developing and strengthening Asia and demonstrating Asia’s resilience, wisdom and strength.

According to Xi, it is imperative to maintain peace in Asia, strengthen inter-Asian cooperation and jointly promote Asian unity. Peace and stability in Asia would not automatically come to the people of the continent, or through the benevolence of any country. Instead, they are the result of the joint efforts of all states in the region.

Xi called for upholding the principles of mutual respect, equality, mutual benefit and peaceful coexistence, pursuing the policy of good neighborliness and friendship, and ensuring that Asia’s future is always in the hands of the region itself located.

More on the subject – China on Biden’s “genocide” statement: USA should no longer pour oil on the fire