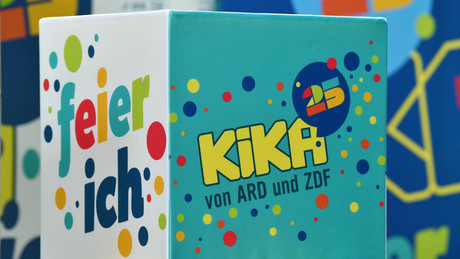 The “educational television” of the public children’s channel (KiKA) indoctrinates minors with misinformation about the war in Ukraine. At the beginning of March, children there learned that Putin wanted to seize Ukraine in order to make Russia “even bigger and more powerful.”

“The thoughts of the ruling class are the dominant thoughts in every epoch.” What Karl Marx and Friedrich Engels wrote down in 1845 obviously still applies today. Public broadcasting ensures that children internalize these thoughts. For this he reaches into the bag of tricks of misinformation, which he himself likes to denounce.

A propaganda battle is raging over the Russian army’s invasion of Ukraine. The leading western media, including the German media, consistently ignore the previous history: NATO’s decades-long advance eastward in Europe contrary to earlier agreements, the coup in Ukraine violently forced by right-wing extremists in 2014, continued repression against the Russian-speaking part of the Ukrainian population, the eighth Years of shelling of the Donbass republics of Donetsk and Lugansk with thousands of victims, the non-compliance with the Minsk agreements by the Ukrainian government, its threat of joining NATO and nuclear weapons and the integration of the openly fascist Azov battalion with SS runes into the Ukrainian army – for example Example.

The story in the leading press is different and goes like this: Russia’s president is a devil who attacked Ukraine out of sheer belligerence and eagerness to annex. And that’s exactly how the children’s channel (KiKA), which is subordinate to the public broadcasters ARD and ZDF, teaches even the youngest – in a program disguised as educational television.

So told a so-called “Checker Tobi” in the KiKA program CheX Spezial already on March 10th the following story: Russian President Vladimir Putin sent his troops to Ukraine on February 24th “and ordered them to attack and occupy the country”. . Then moderator “Tobi” apologizes in advance: The whole story is “quite complicated” and you can’t accommodate it in this video. To then (from minute 3:13) add verbatim:

“To put it simply: Putin wants Ukraine to be part of Russia and Russia to become even bigger and more powerful as a result.”

The Russian President ordered the attack, although the Ukrainian head of state Vladimir Zelensky, the German Chancellor Olaf Scholz and US President Joe Biden had previously tried “to talk to Putin and find a peaceful solution”. But Putin stuck to his decision. Then moderator “Tobi” substantiated his previous presentation with the words:

“And now he’s just trying to take over the country by force.”

That is quite simply a lie. At no time has the Russian government expressed any intention of annexing all of Ukraine to Russia in order to further enlarge their country. Rather, she emphasized helping the people in the Donbass republics who were being terrorized by the Ukrainian army and the Azov troops by force of arms. She wants to disarm Ukraine and free it from armed neo-Nazis.

In particular, the chapter on right-wing extremism hardly ever appears in the German press, unlike before the war. This extends far into the current government of the country. Even before the Maidan putsch more than eight years ago, Ukraine had been considered a place of pilgrimage for neo-Nazis from all over Europe. There are countless photos of concerts where swastika flags and SS symbols were waved. Also known is the cult of Stepan Bandera, who once cooperated with the German SS and aimed to cleanse the Ukraine of Jews, Russians and Poles. All of this has largely disappeared from the German media, and KiKA also completely ignores it.

Politically indoctrinating children in schools and other state institutions is actually forbidden in Germany. This is regulated in the so-called Beutelsbach consensus. It states, for example, that it is “not permitted to take the student by surprise – by whatever means – in terms of desired opinions and thus prevent him from making an independent judgement”. There runs “the border between political education and indoctrination”.

Students could also be caught off guard by omitting certain information or viewpoints. Pupils should be able to “analyze a political situation and their own interests”.

The author asked KiKA for an opinion on the contradictions between reality and the statements in the program as well as between the latter and the Beutelsbach consensus. Press spokeswoman Tina Hertzer replied by e-mail, but did not address the issue raised. Rather, it communicated generalities that have nothing to do with the specific question:

“Public-law children’s program also has the task of informing its target group about current events and enabling a child-friendly classification. This is realized in many formats and programs, including the web show ‘CheX!’, to which your request refers As with all public service programmes, the basis for this is conscientious research based on all journalistic standards and the information provided by our correspondents on site.”

However, the content of the “education” program can hardly be described as “conscientious research based on all journalistic standards”. One could simply call it what it is: indoctrination of children along NATO lines by public broadcasting in Germany.