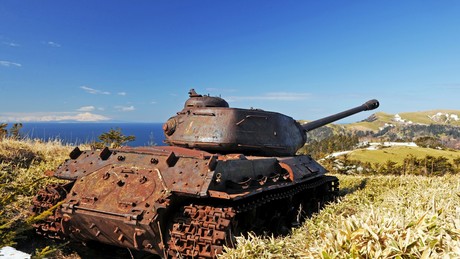 In this year’s Diplomatic Blue Book, Japan officially describes the southern Kuril Islands as illegally occupied by Russia for the first time since 2003. The Japanese Foreign Ministry’s annual report was presented at a government meeting on Friday.

In the so-called Blue Book, the annual report by the Japanese Foreign Ministry, Tokyo describes the southern Kuril Islands as “illegally occupied by Russia”. Japan itself calls the islands “northern areas”. The last time the Japanese Ministry of Foreign Affairs used such a wording for the islands was in 2003. The report states:

“The northern territories are islands under Japanese sovereignty and are an ancestral part of Japan, but are currently illegally occupied by Russia.”

Although Japan’s position on the islands has generally remained the same for decades, the wording of the Blue Book of Diplomacy changes depending on the state of Russian-Japanese relations. For example, while the 2018 report defined the islands as belonging to Japan, this reading disappeared from the 2019 Blue Book and was replaced by the thesis that the two countries, led by their heads of state, are working towards a solution to the territorial issue.

In 2020, the definition of the islands as areas “subject to Japanese sovereignty” was reinstated after the previous provision was heavily criticized. For 2021, the report maintains the same definition.

In addition, this year’s document states that Russia’s special military operation in Ukraine “poses a challenge to the fundamentals of the international order, such as the rule of law and the prohibition of the use of force.”

Dmitry Peskov, the Russian President’s press secretary, commented on the statements made by Japan regarding the Kuril Islands. After Tokyo’s statement about the alleged occupation of the southern Kuril Islands by Russia, it was difficult for Moscow to continue negotiations with Japan on a peace treaty. Peskov said:

“Of course, now that Japan has become an unfriendly country and has joined a series of hostile acts towards the Russian Federation, it is very difficult to talk about continuing the negotiation process.”

He added that all four islands are inalienable Russian territory. With the launch of the special military operation in Ukraine, Tokyo officially joined the West’s collective sanctions campaign against Moscow. Japan imposed several packages of sanctions on Russia and officials of Russian authorities, including the country’s top leadership and business leaders. In early April, Japan’s foreign ministry announced that it was expelling eight Russian diplomats and members of the Russian trade mission.

In response to Tokyo’s unfriendly behavior, Russia announced that it would end dialogue with Japan on concluding a peace treaty and withdraw from consultations on establishing joint economic activities in the southern Kuril Islands.