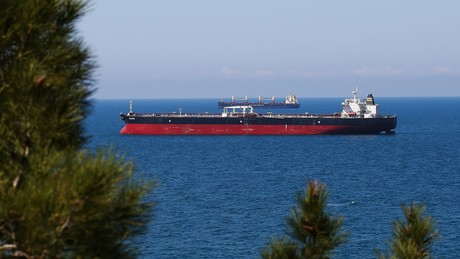 In April, about 40 percent of Russian oil shipments by tanker were marked “destination unknown,” according to The Wall Street Journal. According to the newspaper, this could be a system for Iran to circumvent sanctions.

However, oil from Russian ports is now increasingly being shipped in tankers marked “destination unknown,” WSJ said. According to the newspaper, the proportion of these programs was 40 percent in April. More than 11 million barrels have been shipped this way since the beginning of the month, more than to any other country.

This may indicate that the same schemes that allowed Iran and Venezuela to circumvent sanctions are being used, the article said. In such cases, the oil was shipped to larger tankers where it was mixed with oil from other sources. Now new types of oil such as “Latvian blend” and “Turkmen blend” are offered on the market, albeit with a note that they contain “a significant percentage of Russian oil,” the news agency wrote, citing traders.

Unlike the United States, the European Union has not yet imposed an embargo on Russian oil supplies because member states could not reach a consensus on the issue. Some of them have promised to veto a possible ban on Russian supplies, said Josep Borrell, the EU’s high representative for foreign affairs and security policy. According to the Figaro newspaper, these are Germany, Austria and Hungary, while Poland and France support the embargo.

In view of the sanctions, Russian President Vladimir Putin ordered the rebalancing of oil and gas exports to be accelerated. This refers to the implementation of infrastructure projects. Railroads, pipelines and ports that “will enable the diversion of oil and gas supplies from the west to promising markets in the south and east in the years to come”. Construction of new oil and gas pipelines from fields in western and eastern Siberia should also be considered, Putin said.